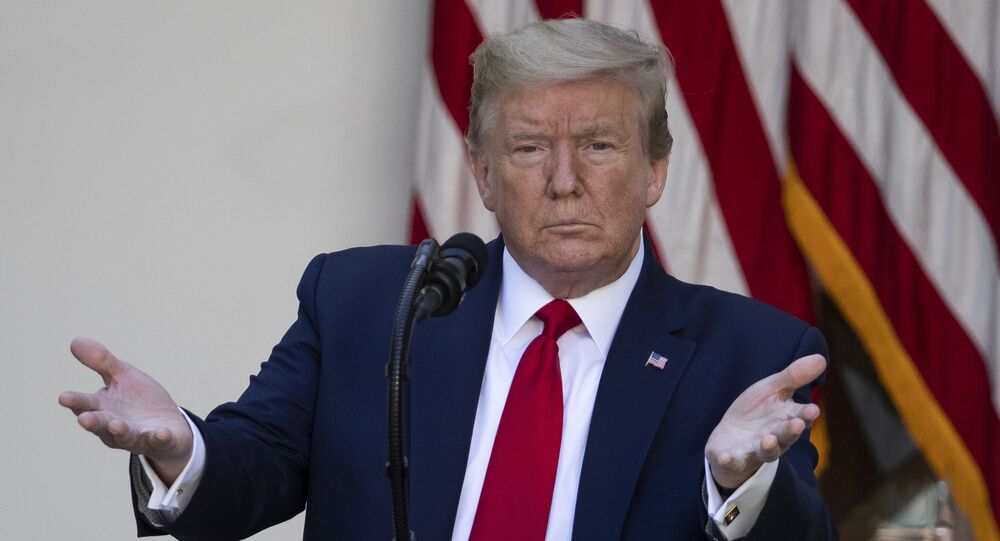 In late July 2019, former Special Counsel Robert Mueller confirmed in testimony to Congress that his team of investigators had failed to find sufficient evidence of President Trump’s collusion with Russia to rig the US 2016 election, basically repeating the conclusions of his report that was released earlier in 2019.

House Intelligence Committee chair Adam Schiff has published transcripts of 53 interviews that the committee conducted over the past three years in an apparent bid to obtain proof that Donald Trump “colluded” with Russia ahead of the 2016 US presidential election.

The transcripts include the interview with former director of national intelligence James Clapper, who told the committee that he “never saw any direct empirical evidence that the Trump campaign or someone in it was plotting/conspiring with the Russians to meddle with the [2016] election”.

CLAPPER NEVER SAW ANY EVIDENCE OF ANY COLLUSION BETWEEN TRUMP AND RUSSIA pic.twitter.com/QotFA4Teq5

Clapper was echoed by Obama administration advisers Ben Rhodes, Susan Rice, and Samantha Power as well as former Attorney General Loretta Lynch and former acting Attorney General Sally Yates, who all admitted during the interviews with the committee that they hadn’t seen any specific evidence of “collusion” between Trump and Russia.

Only one of the 53 interviews is said to have implied some sort of evidence of alleged coordination.

The interviews were made public after Fox News quoted an unnamed source as saying on Thursday that “the transcripts show a total lack of evidence, despite Schiff personally going out saying he had more than circumstantial evidence that there was collusion”.

Another source was cited by the news outlet as claiming that in view of all this “Schiff is in panic mode”.

Obama officials find no evidence of #collusion ... #Mueller Are all the media pundits that LIED to the American Public going to get punished? @Zigmanfreud there’s a massive corruption story in this? Are you going to be in the right side of history? Put aside your trump hatred 👍🏻 pic.twitter.com/hJ8VfmJlb8

The developments come after former Special Counsel Robert Mueller confirmed in his testimony to Congress in late July that his team of investigators had failed to find sufficient evidence that could prove allegations of a conspiracy between the Trump team and Russia to rig the 2016 election, basically repeating the conclusions of his report.

"We did not address 'collusion', which is not a legal term. Rather, we focused on whether the evidence was sufficient to charge any member of the campaign with taking part in a criminal conspiracy. It was not", Muller pointed out.

He spoke after the US Justice Department released the redacted version of the Mueller Report in mid-April 2019, summarising the outcome of his probe into allegations about Trump-Russia collusion and Moscow’s alleged interference in the 2016 US election.

According to the document, the investigation did not find any evidence of collusion between Russia and Trump's campaign team.

Moscow has repeatedly denied any claims of interference in the US political system, saying that the allegations were made up to excuse the election loss of Trump's opponent and deflect public attention away from actual instances of election fraud and corruption.