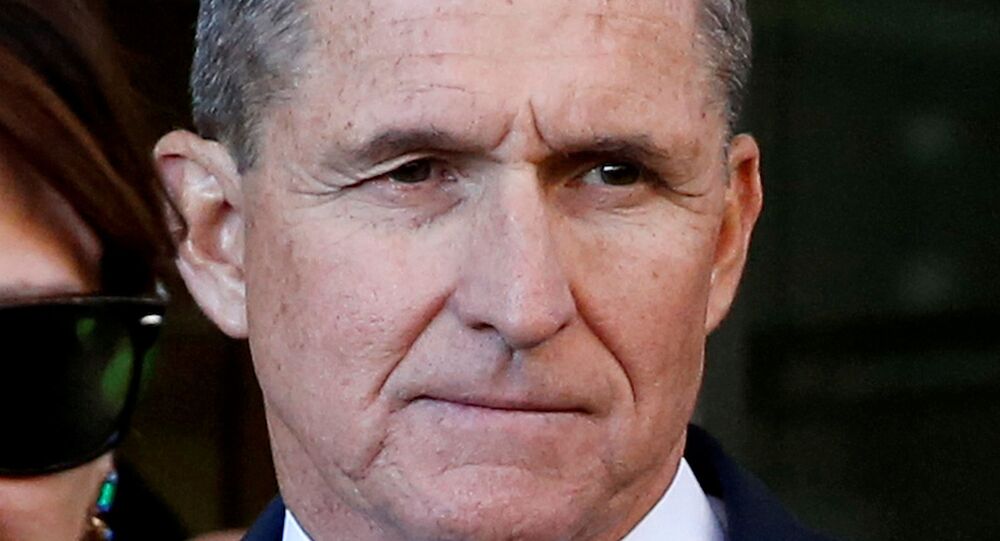 As a result of the Russia probe, Flynn struck a plea deal with the FBI, confessing to willingly lying to the agency about his contacts with Russian ambassador to the US, Sergei Kislyak, in 2016. Flynn later withdrew his plea and successfully fought attempts to sentence him in 2020.

The US Justice Department is dropping its case against former White House national security advisor Michael Flynn, according to the DOJ motion filed Thursday.

The decision was made "after a considered review of all the facts and circumstances of this case, including newly discovered and disclosed information", the documents read. It was decided that an interview Flynn had with the FBI was "conducted without any legitimate investigative basis".

"The Government is not persuaded that the 24 January, 2017, interview was conducted with a legitimate investigative basis and therefore does not believe Mr. Flynn’s statements were material even if untrue. Moreover, we not believe that the Government can prove either the relevant false statements or their materiality beyond a reasonable doubt", the motion reads.

Hours before the motion release, Flynn's prosecutor Brandon Van Grack stepped down from the case.

Mueller/DOJ prosecutor Brandon Van Grack - who went after Flynn, threatened his son, and withheld evidence - is gone from the Flynn case. pic.twitter.com/E8mHq4mDvR

Flynn had earlier entered the guilty plea in 2017 for allegedly making false statements over his contacts with Russia, which he then sought to withdraw. He was accused of "possible coordination with the Russian officials to interfere with 2016 presidential election". Russia repeatedly denied any interference with the election campaign.

Before his resignation in February 2017 over reports of his alleged contacts with the Russian ambassador to the US, Sergey Kislyak, amid the 2016 presidential election, Flynn was national security adviser to Donald Trump. Under his guilty plea, he admitted to talking to the envoy on December 2016 before Trump's inauguration, making an attempt to prevent Russia from responding to sanctions imposed upon them.

Since that time, Flynn has continually backed off on his guilt, claiming that he was tricked by the FBI into lying to them.