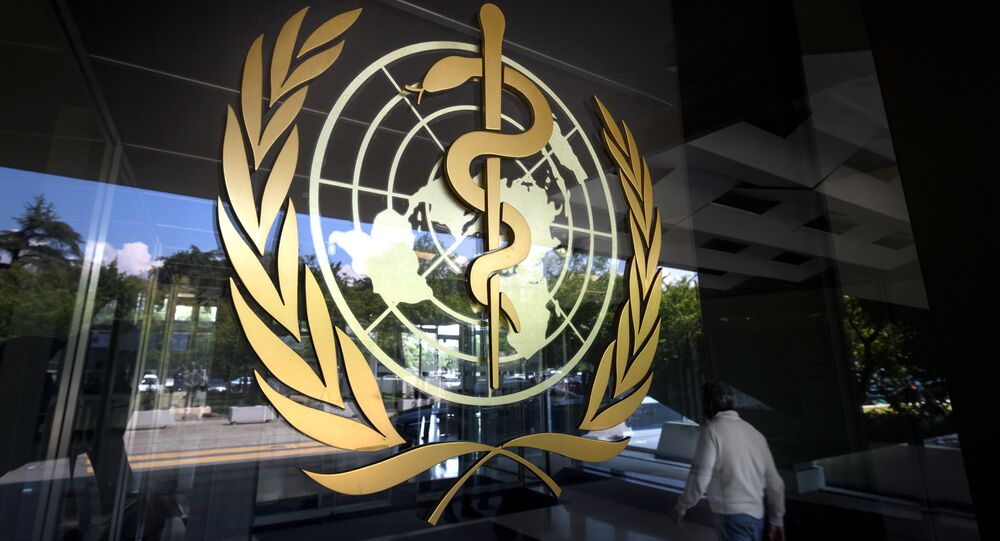 The news outlet National Public Radio (NPR) has quoted ex-Obama administration official Jimmy Kolker as saying that the US was holding up payments to the World Health Organisation (WHO) before President Donald Trump announced a decision to cut funding to the WHO last month.

"We were already in arrears before he said anything. […] It's certainly irresponsible and reneging on a commitment that's very clear that we made”, Kolker, who was former assistant secretary for global health affairs, claimed in April, referring to an alleged $118 million that Washington was due to pay the WHO before the end of this year.

The claims came after US Secretary of State Mike Pompeo said in an interview with Fox News earlier last month that the ongoing COVID-19 pandemic showed that the WHO needed to be overhauled and that Washington may never restore funding to the organisation.

Trump Stops US’ WHO Funding

Pompeo spoke after White House officials reportedly lashed out in mid-April at House Speaker Nancy Pelosi over her remarks that Trump’s decision to cut WHO funding was not legitimate. The officials insisted that the funding had been approved by Congress as part of larger sums generally earmarked for “international organisations”.

The remarks followed Pelosi condemning Trump’s move as “senseless” and “dangerous”, adding, “we can only be successful in defeating this global pandemic through a coordinated international response with respect for science and data; this decision [by Trump] is dangerous, illegal and will be swiftly challenged”.

This was preceded by POTUS’ announcement that he had instructed his administration to stop US funding for the WHO, which he accused of grossly mismanaging and covering up the spread of the novel coronavirus - allegations that Beijing denies. The US president also announced a suspension period of 60 to 90 days pending the completion of a probe of WHO and Chinese actions during the onset of the pandemic.

Many American states slammed Trump's decision in light of the COVID-19 pandemic, with the US Chamber of Commerce saying that the president had compromised the country’s interests by ending Washington's funding for the agency.

The United States currently ranks first in the world both in terms of confirmed COVID-19 cases, standing at more than 1.2 million, and fatalities, which amount to over 73,000, according to Johns Hopkins University’s latest updates.

WHO: Paris Hospital’s Discovery of COVID-19 Case From December ‘Not Surprising’

Beijing on Probe Into COVID-19 Origins: China Has Always Been Open to Cooperation With WHO