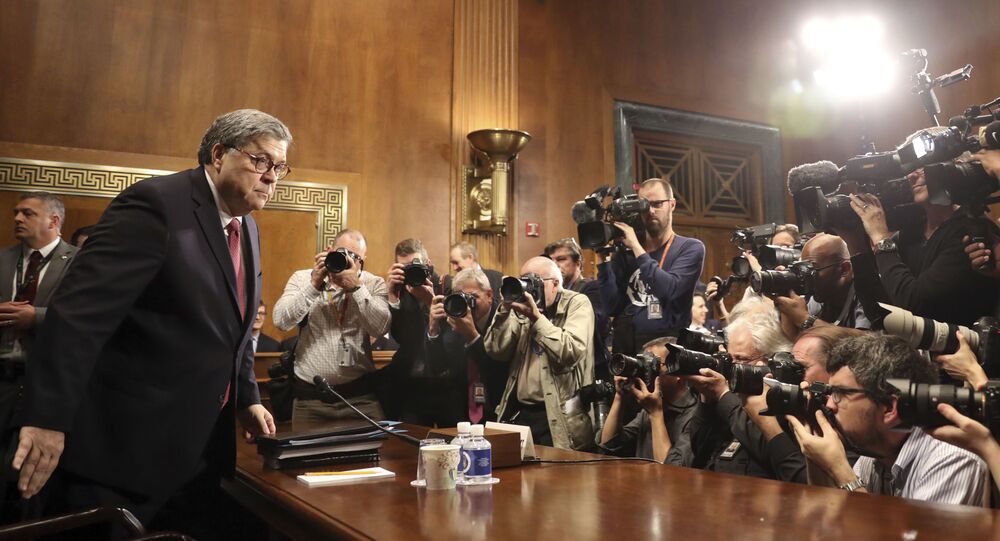 As part of an earlier declared bipartisan effort to approve the public release of files pertaining to the Russia probe, Director of National Intelligence Richard Grenell announced that 53 of them had been cleared to this end.

The findings are reportedly entirely in line with the results of former Special Counsel Robert Mueller’s investigation, which found no evidence of illegal or criminal coordination between President Trump, his presidential campaign, and Russia in 2016. However, the interviews, which are eligible for release, cast a heavy doubt on committee Chairman Adam Schiff’s previous statements about “direct evidence” of close coordination.

“Schiff is in panic mode", a senior administration official recounted to Fox News.

“The transcripts show a total lack of evidence, despite Schiff personally going out saying he had more than circumstantial evidence that there was collusion", one source involved in House Russia investigations told Fox News.

Only one of the 53 is said to have implied there is some evidence of alleged coordination.

Earlier this week, House Republicans combed through over 6,000 pages of transcripts pertaining to interviews conducted by the committee in 2017 and 2018, after the the partisan vote in September 2018 approved their public release.

Newly sworn-in Director of National Intelligence Richard Grenell notified Schiff that the redaction and declassification process was complete, and that the records were ready for release, thereby implying that Schiff is welcome to act next. Grenell directed a letter to Schiff on 4 May reporting that the review of 43 of the 53 transcripts “was completed in June 2019", and that the “interagency review of the remaining ten transcripts has been completed". “Pursuant to your guidance, these transcripts have not been shared with the White House", Grenell further pointed out.

Intelligence officials told Fox News that Schiff had had his subcommittee staff director reaching out to intelligence community agencies asking how Grenell was involved and what role Grenell, who is known to be a Trump ally, could have played in the declassification and review he had reported on.

Fox News was told, however, that the review was completed before Grenell took the helm as acting director a little over two months ago, in February.

The process, according to an intelligence source, took place under both former directors Dan Coates and Joseph Maguire, and was conducted by career intelligence officials. The official also told Fox News that the relevant heads of appropriate agencies were consulted on the declassifications and redactions of all 53 transcripts.

Adam Schiff made headlines when he dramatically read into the congressional record some of the most explosive claims from Christopher Steele’s controversial dossier. His claims, in common with ones by the “former British intelligence officer who is reportedly held in high regard by US intelligence”, as Schiff put it, have since been directly contradicted by intelligence evidence in recently declassified and released FBI and Justice Department memos and reports.

Mueller, similarly, rounding off of his nearly two-year-long investigation, found insufficient evidence and produced no charges of criminal conspiracy or coordination between the Trump campaign and Russia. At the same time, the Special Counsel’s team did not reach a conclusion on obstruction of justice, which current Attorney General Bill Barr ultimately decided not to pursue.