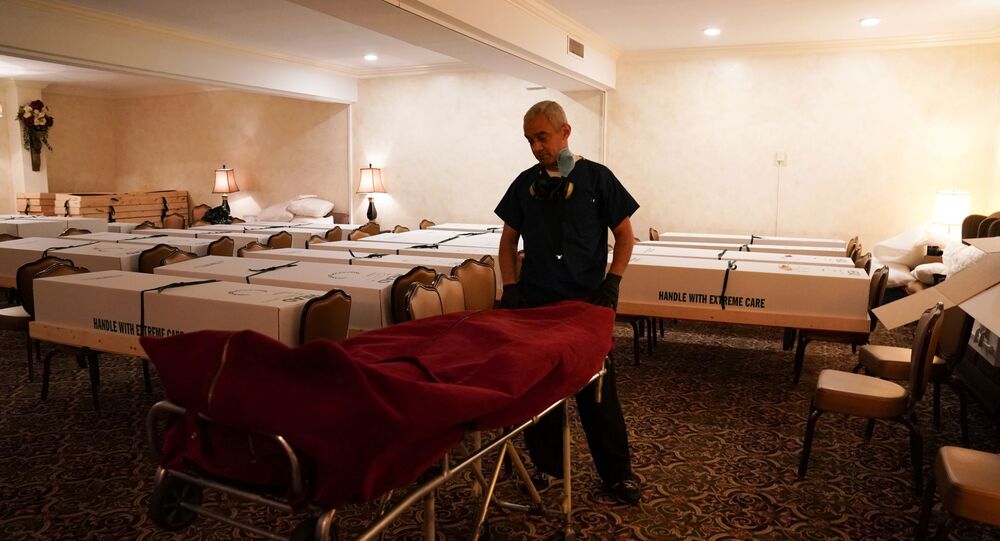 US COVID-19 Death Toll May Reach 350,000 if All States Reopen in June, Model Predicts

A new model from the Wharton School at the University of Pennsylvania predicts nearly 350,000 COVID-19 deaths in the US by the end of June and half a million jobs lost if states fully lift lockdown measures.

The model defines the “reopening” of all states as lifting all emergency declarations, stay-at-home orders and school closures, as well as easing restrictions on businesses and restaurants.

The model predicts that if states maintain the restrictions they had in place as of April 30, there will be around 117,000 COVID-19 deaths in the US by the end of June, and around 18.6 million jobs will be lost from May 1 to June 30. Partially reopening states by lifting emergency declarations and stay-at-home orders would cause the death toll to reach 162,000 by June 30. In addition, around 14 million jobs would be lost between May 1 and June 30 under this third scenario.

“The economic costs have been enormous, and we are suffering really significant, unprecedented costs as a result of these policies,” Alex Arnon, senior analyst at the Penn Wharton Budget Model, is quoted as saying by CBS.

“How we value lives against economic outcomes, these are decisions that we need to make democratically through our elected officials,” Arnon added, also noting that the Wharton model is not supposed to “put a value on the lives.”

“We are not trying to put a value on the lives, we cannot do that, but we do want to give people and policy makers some scale of what the tradeoffs are,” Arnon said.

The latest analysis comes after an internal White House memo viewed by the New York Times revealed that the US could see 200,000 new COVID-19 cases per day by June as states begin to reopen. The report also estimated that daily US deaths would reach 3,000 by June 1.

The Institute for Health Metrics and Evaluation at the University of Washington also now estimates that there will be around 135,000 COVID-19 deaths in the US through the beginning of August - this more than doubles what it had predicted on April 17, when it said that there would be 60,308 deaths by August 4.

Dozens of US states have begun loosening lockdown measures to boost the stifled economy, despite the fact that more than 1.2 million cases of the novel coronavirus have been confirmed in the country, and more than 73,000 people have died from the disease.