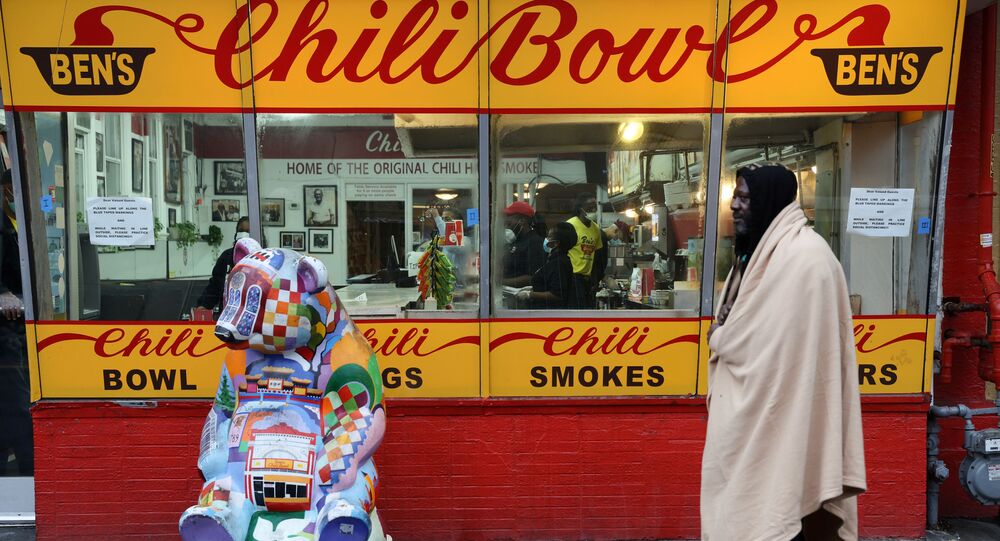 While social distancing measures and stay-at-home policies have been ordered by the respective governments of Washington, DC, Maryland and Virginia, the US capital, sandwiched between the two states, has become a hotspot for the COVID-19 novel coronavirus as related infections, hospitalizations and deaths continue to rise.

In early April, Maryland Governor Larry Hogan (R) announced that the Baltimore-Washington, DC, corridor had been classified by the Trump administration as an “emerging hot spot” for the novel coronavirus. About a month later, it would appear that Maryland, Washington, DC, and even the neighboring state of Virginia are all experiencing increased reports of the contagious disease.

According to a Wednesday update from the office of Washington, DC, Mayor Muriel Bowser, the nation’s capital has 5,461 confirmed cases of the novel coronavirus and has suffered 277 associated deaths of District residents.

Data shows that 220, or 79%, of those who have died from the contagious disease in the capital were Black. Despite the Black community suffering a majority of the COVID-19 deaths in the District, the US Census estimate details that Black Americans make up 46.4% of the city’s population, while white people make up 45.6% of city residents.

Travis Gayles, chief of public health services for Montgomery County, Maryland, explained to AFP that a large portion of the area’s labor force is considered essential, and workers have to make their way into Washington, DC, or major cities in Virginia and Maryland.

"We are a highly populated area with a high density," he told the outlet. "We still have a high number of essential workers that have to go to work and are subject to exposure there.”

This presents a particular issue for the Black community, which makes up a majority of the area’s essential workforce.

Conor Maxwell, an expert on race and ethnicity policy with the Center For American Progress, told Washington, DC, news outlet WUSA9 that a third of Black workers in Virginia and Maryland have underlying conditions that make them susceptible to COVID-19 - such as asthma, heart disease and diabetes. At the same time, 1 in 4 white workers were found to have underlying conditions.

Furthermore, Gayles noted that proximity at home is an issue for many individuals in Maryland - which has confirmed 28,163 cases of the novel coronavirus and logged at least 1,338 associated deaths from the disease.

"It is not uncommon that two families share a two-bedroom apartment," he told AFP. "When one is positive, it spreads quickly, and it is much more difficult to isolate."

While the nation’s capital has been deemed a hotspot for COVID-19, Amanda Castel, a professor of epidemiology at George Washington University, told the outlet that rather than being alarmed, the public should be "reassured that social distancing is working."

"There are more test kits and more testing sites," she explained. “We are building capacities to test more individuals … It means we will identify more people who are positive.”

Virginia, which has identified 20,256 cases of the novel coronavirus and reported 713 associated deaths, is slated to move into “Phase One” of loosening pandemic-related restrictions on May 15. While new cases in Virginia have gone down overall recently, they continue to climb in northern Virginia, particularly near Washington, DC.

"I want to make it very clear this virus is still here. It has not gone away and it will not go away until we have a vaccination," Governor Ralph Northam (D-VA) said on Monday, as reported by local outlet WDBJ-7. However, officials in Washington, DC, and Maryland, have not made similar statements on a reopening timeline.

"Guidance was clear for states to prepare to reopen - a 14-day decline in cases, capacity for widespread testing, hospitals in place," Castel stressed. "If you can't tick all the boxes, it makes it premature to reopen."