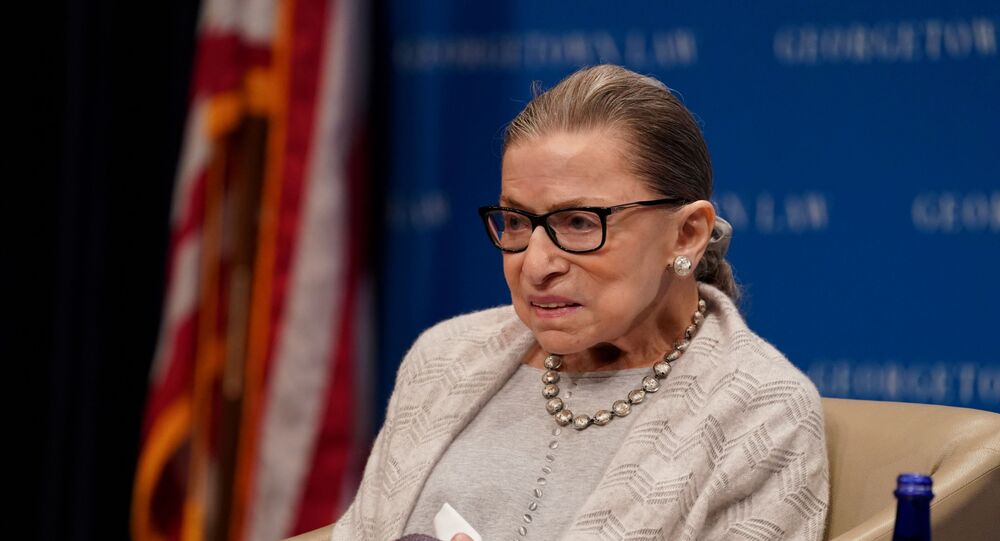 According to a Supreme Court statement, the justice is resting comfortably and is planning to participate remotely in the oral argument teleconference tomorrow morning from her hospital bed.

Supreme Court Justice Ruth Bader Ginsburg was hospitalized with an infection caused by a gallstone and will probably remain in hospital "for a day or two", according to a court statement released on Tuesday.

"The justice is resting comfortably and plans to participate in the oral argument teleconference tomorrow morning remotely from the hospital," the Supreme Court said in a statement.

After oral arguments with the court, Ginsburg had the outpatient tests at Sibley Memorial Hospital in Washington that confirmed that she had a gallstone blocking her cystic duct, which had resulted in an infection.

Some speculations regarding Ginsburg's health occurred earlier as she had some health problems that sparked allegations that she would exit the court, providing an opportunity for Trump to appoint a third justice to the bench.

She repeatedly denied any notion that her departure from the nation's highest court was imminent, however, claiming that she desires to remain in her position until she is 90 years old. She has fought back cancer twice - in 1999 and 2009 - and recently announced that she is "cancer-free".