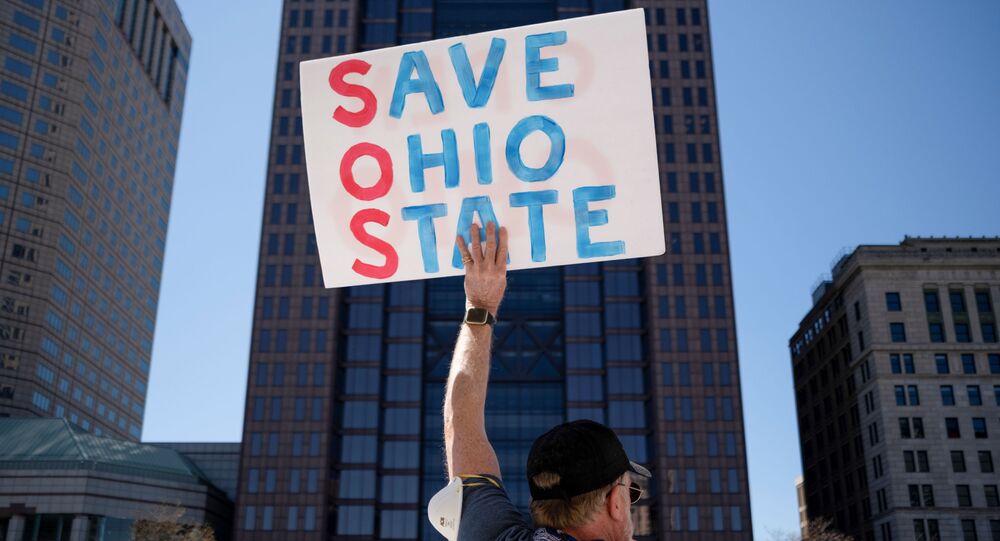 In late-April, Ohio's governor Mike DeWine announced that people in the state would be required to wear face masks in stores as the state begins reopening nonessential businesses that were shut down amid the coronavirus pandemic.

Republican Ohio state representative Nino Vitale issued a statement on his Facebook page on Monday citing religious belief as an explanation as to why he refused to wear a face mask amid the COVID-19 pandemic.

“We’re created in the image and likeness of God. When we think of image, do we think of a chest or our legs or our arms? We think of their face. I don’t want to cover people’s faces,” Nino Vitale stated.

The statement came as a response to state governor Mike DeWine's decision to introduce an obligatory use of face masks at businesses, though the mandate was reversed shortly after the announcement.

According to Mr DeWine, people won't accept what the government tells them what to do.

At the same time, Nino Vitale stated that the order was "invalid" as such orders should be voted on by two-thirds of  the legislature as required by the state's law.

© AP Photo / Cheng Min
‘Highly Unlikely’: US Researcher Rebuts Coronavirus Lab Leak Theory
Ohio has just joined the ranks of states that are beginning to ease restrictions and reopen businesses that have been shut down by the coronavirus outbreak.

According to the latest data provided by Johns Hopkins University, the number of coronavirus cases in the US has surpassed 1,180,000 people, while the death toll is almost 69,000.