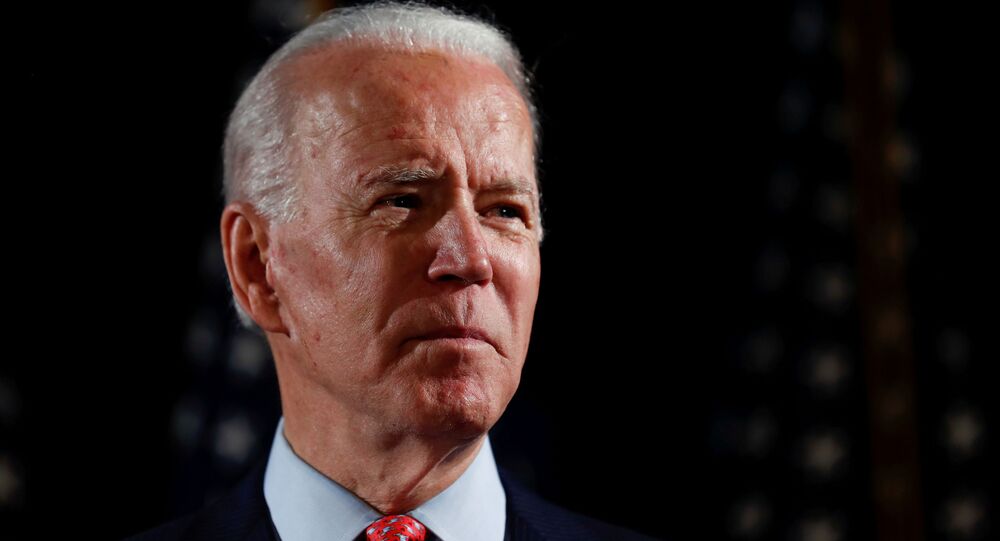 Joe Biden earlier requested that the National Archives be searched for any complaints against him that his accuser, Tara Reade, a former Senate staffer, claims to have filed back in 1993, as he emphatically dismissed her allegations of sexual assault at a time when he represented the state of Delaware in the US Senate.

Journalists have unleashed a barrage of mockery at the editorial board of The New York Times after its suggestion that “an unbiased, apolitical panel, put together by the D.N.C.” conduct an impartial probe into sexual assault allegations against former Vice President Joe Biden.

After a Times editorial urged that records from Biden’s time in the Senate be reviewed by the Democratic National Committee (DNC) - the politician’s own party - Jonathan Swan, national political reporter at Axio, went on Twitter to speculate if The New York Times was, indeed, serious.

Is this satire? “unbiased, apolitical panel, put together by the DNC” https://t.co/2ZnoBb6iEi

​“Absolutely astonishing” is how Washington Examiner chief political correspondent Byron York refered to the call, while his sentiments were echoed by Brit Hume of Fox Fews, who suggested it was “beyond parody.”

​As he lambasted the editorial in The New York Times as one of the worst he has ever seen, he said:

“I’ve seen some spectacularly stupid stuff from NYT ed board but this might take the cake.”

In making its call for a probe into Biden, The Times editorial drew parallels with the 2018 call for investigating Supreme Court Associate Justice Brett Kavanaugh over sexual-assault allegations during his confirmation, with a subsequent probe conducted by the FBI and questioning by senators of both parties.

DNC response to @nytimes ed board calling on them to establish a panel to look through Biden’s UDelaware records, via spox @XochitlHinojosa (h/t @rickklein) pic.twitter.com/MmkBDJx0oL

​As she also retweeted the statement, Hinojosa explained that Biden had been vetted prior to taking on the post of vice president in 2008.

However, Brett Kavanaugh had also been vetted before being confirmed to the D.C. Circuit Court of Appeals in 2006, which did not prevent a probe into claims against him.

As he gave a second TV interview with MSNBC, he said:

"It's not true. I'm saying unequivocally, it never happened. Period," said Biden in his pre-taped interview with MSNBC, that aired Saturday.

Last week Biden called for a search of the National Archives for any records that might pertain to allegations made against him by Reade.

However, he stopped short of approving a search of his senatorial papers, stored at the University of Delaware and sealed from the public, insisting they would not contain personnel files.

"Believing in women means taking a woman's claim seriously when she steps forward, and then vetting it, looking into it... Women have a right to be heard and the press should rigorously investigate the claims like these… But in the end, in every case, the truth is what matters. In this case, the truth is these claims are false," said in the interview taped Friday.

Tara Reade claims that Joe Biden pinned her against a wall in 1993, placing his hand under her skirt and penetrating her with his fingers without her consent.

Reade insists she was fired from Biden’s office after filing a complaint with the Senate.

On 2 May The Associated Press reported that Reade said in 2019 that she “chickened out” after planning to file a complaint with the Senate personnel office.

In a later interview she acknowledged filing a limited report with a congressional personnel office. That report, she claimed, did not explicitly accuse Biden of sexual assault.