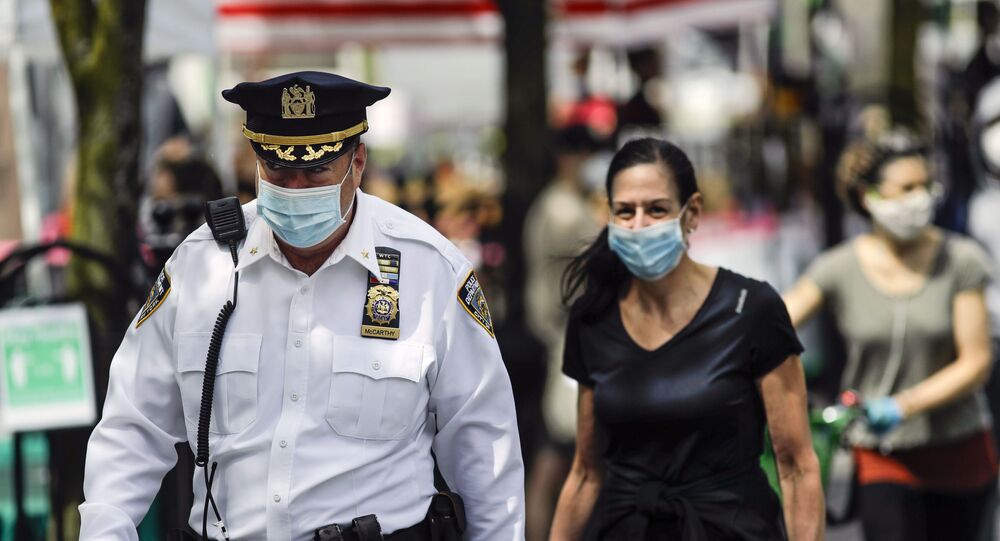 Mitigation Didn’t Work 'as Well as We Expected', New Outbreak May Hit US in Autumn - Ex-FDA Head

Several American states have started easing coronavirus restrictions in the last couple of weeks in a bid to keep the economy afloat. However, the number of coronavirus cases in the country is far from significantly declining, and many more deaths are still anticipated.

Mitigation efforts did not “fail” completely in the US, but they also did not “work as well as we expected”, a former Food and Drug Administration (FDA) commissioner, Scott Gottlieb, told CBS News’ “Face the Nation” on Sunday.

Gottlieb, who is currently working for the American Enterprise Institute think tank, argued that the number of infections is declining in the region around NYC, but the state of New York, which has been leading coronavirus statistics in the whole country since the outbreak, is still facing an upward trend. He noted that the number of cases was also rising in around 20 American states, including North Carolina and Tennessee –  territories that have recently begun ditching some quarantine restrictions.

“We expected that we would start seeing more significant declines in new cases and deaths around the nation at this point. And we're just not seeing that”, the expert revealed.

NEWS: There are about 20 states where cases are rising on a daily basis, @ScottGottliebMD tells @margbrennan, saying that mitigation wasn’t as effective as anticipated. "While mitigation didn't fail... it didn't work as we expected," he says pic.twitter.com/nT6oqDhxAM

The former FDA head then predicted that around a thousand deaths per day, as well as 20,000, or 30,000 daily registered cases, could become “the new normal” in the country throughout the summer. He notes that the “doubling time”, the amount of days needed for the epidemic to double in size has now dramatically declined to just 25 days, in comparison to a couple of days in the start of the pandemic.

However, the expert believes that situation could still worsen, even risking “a new epidemic or large outbreaks”, when people “[let] their guard down a little more” when getting back to work and schools in the fall.

Excluding the New York tristate area, national covid19 infections, hospitalizations, and deaths continue to increase. The national doubling time has risen to about 25 days, but the epidemic continues to slowly expand. And covid spread - although slower - remains persistent. pic.twitter.com/isse2NRvpA

The ex-commissioner expects above 100,000 deaths resulting from COVID-19 in the country by the end of June, the prediction that echoes an earlier statement by the White House Coronavirus Task Force Coordinator, Deborah Birx, who recently reinstated initial estimates that the coronavirus could take lives of 100,000 to 240,000 American citizens.

This runs contrary, however, to Donald Trump’s Monday statement, when he suggested that up to 70,000 people are expected to die from the infection in the US overall. The US president has been giving different estimates to the pandemic’s ultimate impact since the health crisis’s outbreak. As such, he was initially in agreement with the White House March projections that the virus would kill at least 100,000 people in the country.

“I think we have to look out to what's going to happen by the end of June. It's really hard to predict beyond June where this goes because we could have large outbreaks or it could become quiescent in the summer”, Gottlieb concluded.

Out of 1,143,433 coronavirus cases registered in the country, more than 66,500 have resulted in death, according to Sunday data provided by Johns Hopkins University. New York has recorded the largest number of COVID-19 cases, around 320,000 so far, followed by the states of New Jersey, Massachusetts and Illinois, which still have a lower number of infections combined than NY alone.