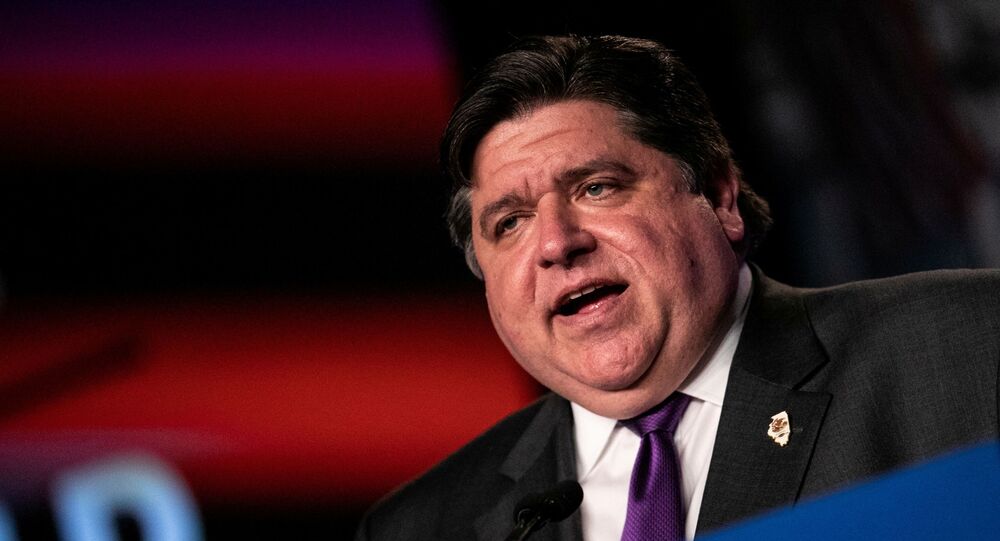 Stating that he appreciates the help the White House provides, Governor Pritzker argued that it's just not enough.

As the US authorities continue their battle against the ongoing coronavirus crisis, Governor of Illinois J.B. Pritzker has stepped forward to criticize the White House's contribution to the anti-COVID-19 effort in the country.

During his appearance on the CBS show "Face the Nation", Pritzker argued that "it’s the governors that have risen to the challenge".

"I talk to my fellow governors, Republicans and Democrats, we've shared ideas with one another on how to keep people safe. We’ve gotten some guidance from the CDC that's been helpful, but much of what came out of the White House for many weeks was not helpful," he said.

FEDERAL GUIDANCE: @GovPritzker tells @margbrennan that “governors have risen to the challenge” and that much of what came out of the White House in the early weeks of the #coronavirus crisis “wasn’t very helpful” pic.twitter.com/467qoTKuKb

​The governor also complained that they needed the White House to “lead on the Defense Production Act to help us get swabs, get VTM, to help us get reagents”, and that “that hasn't much happened”.

Pritzker noted, however, that he's "very grateful" for the White House's recent promise to send 600,000 swabs to Illinois in May, though he added that while he appreciates the help provided by the White House, it's not enough.

"I wish that the White House had stepped up earlier and I think they still have the opportunity to do so when it comes to reagent," the governor remarked.

A number of social media users, however, appeared critical of the governor's speech and had some rather unpleasant things to say about him.

Amazing your still crying about that when the Constitution clearly states the Governor is to supply for their states. Why not b transparent and admit u made a mistake

This is the same guy that told a reporter his question was reprehensible when that reporter asked why his wife was able to drive to florida while the state was in a lockdown.

He has become a dictator. In the early days of the virus he demonstrated no planning, just blamed the federal government response