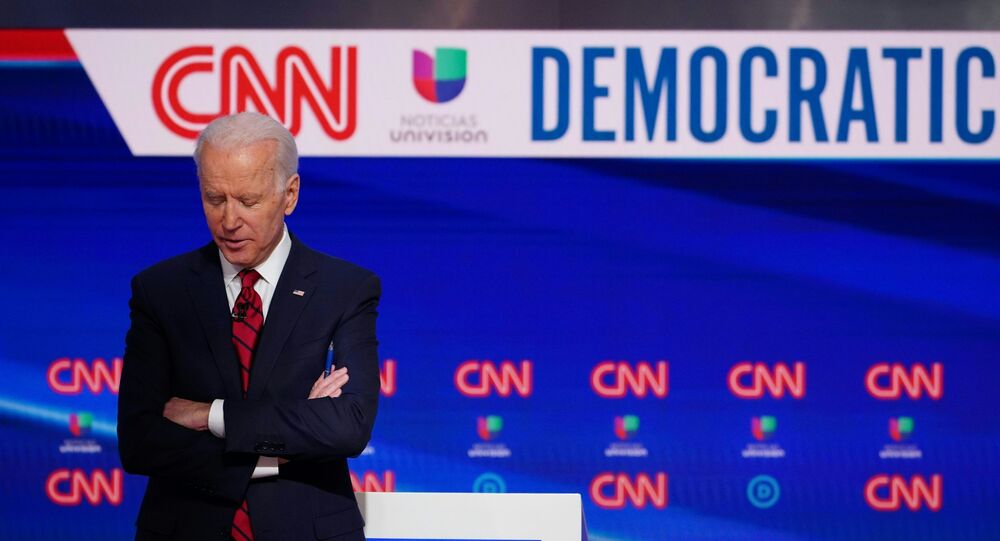 The former US vice president, now the presumptive Democratic contender for the presidency, has recently been accused by a former staffer of sexually assaulting her as a senator in 1993. Biden denies the allegations, which came on top of a string of complaints from several women about his alleged overly physical behaviour.

Joe Biden used to skinny-dip in front of female Secret Service agents tasked with protecting him during his time as Vice President, according to a book by the award-winning journalist Ronald Kessler.

“Agents say that, whether at the vice president’s residence or at his home in Delaware, Biden has a habit of swimming in his pool nude,” Kessler wrote in The First Family Detail.

He said that female members of Biden’s security detail found his habit “offending”.

“Biden likes to be revered as everyday Joe,” an unnamed agent was quoted as saying in the book, which came out in 2014 and became a NYT bestseller. “But the reality is no agents want to go on his detail because Biden makes agents’ lives so tough.”

Kessler expanded on the matter in a 2015 Fox News interview, saying: “Biden likes to swim nude both at his Vice President’s residence in Washington and also at his home in Wilmington which he goes back to several times a week, all at our expense.”

“You know, they signed up to take a bullet for the President as you said but they didn't sign up to...they certainly didn’t sign up to see Biden naked. It is offensive, it’s abusive.”

What is Biden being accused now?

There has been no word of Secret Service agents formally complaining about Biden’s behaviour, which came to light once again last month after Tara Reade claimed the then-senator from Delaware sexually assaulted her in 1993 when she was working for his office.

Reade said she had filed a complaint that year, which did not refer to an assault and instead described her interactions with Biden as merely “uncomfortable”, because she was "too scared" to use the term.

She also accused Biden of retaliating and forcing her out after she brought up the matter to her superiors in his office. Multiple people have come forward saying that Reade told them about the incident well before she went public with her story, including a former neighbour who remembered her detailing the alleged assault in 1995 or 1996.

The Biden campaign flatly rejected the accusations, but the Democratic hopeful himself had dodged comments on the issue for weeks until this Friday, when he insisted in an interview that the assault never happened.

Find out whether there was a complaint

However, facing pressure from Republicans and questions from the public, he called for the National Archives to release any records that might shed light on whether Reade had ever filed a complaint against him, but the Archives said it probably doesn’t have the documents as they likely to be under the Senate's control.

Biden donated a trove of his Senate papers to the University of Delaware in 2012. The university has said, citing ongoing efforts to catalogue the collection, that Biden’s records won’t be made available until at least the spring of 2021.

Biden also objected against the release of those files, saying that they are being held back because he is running for office and some of his past statements might be “taken out of context”.

“Let’s get this straight, there are no personnel documents. You can’t do that,” he insisted. “They’re private documents. They don’t get put out in the public. They’re not part of the public record.”