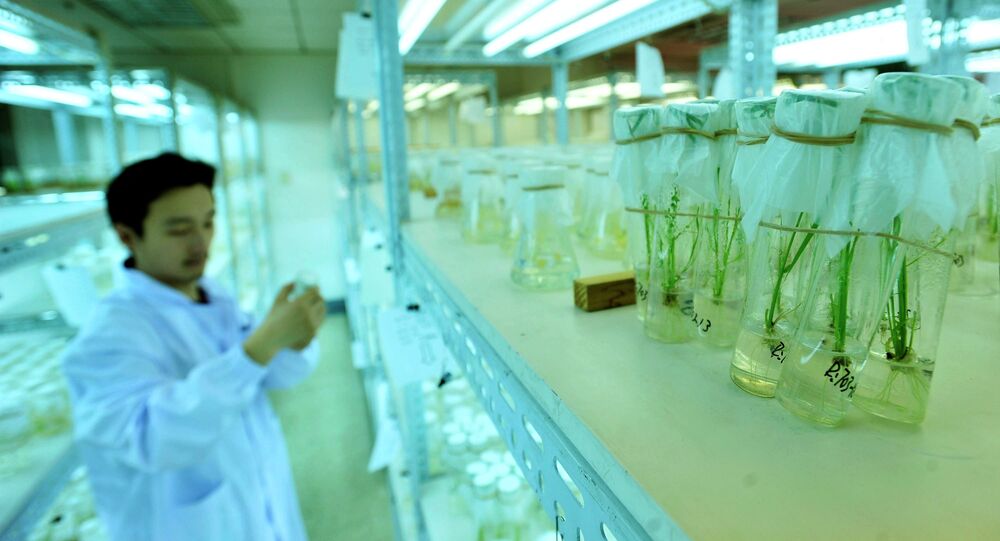 MOSCOW (Sputnik) - The US Department of Education has asked that the University of Texas System (UT System) provide all records of gifts from or contracts with a lab in the Chinese city of Wuhan that Washington is investigating as a possible origin of the coronavirus pandemic, a letter from the department obtained by The Wall Street Journal showed.

The letter, dated 24 April, says that the UT System reported nearly $13 million worth of contracts with Chinese state-owned universities and tech giant Huawei between 6 June 2014 and 3 June 2019. The department, among other things, mentioned the UT’s Galveston National Laboratory’s "personnel exchanges focused on biosafety training" and "collaborative scientific investigations in biocontainment" with the Wuhan lab.

"It is not clear … whether UT has in fact reported all gifts from or contracts with or relating to the Wuhan MCL, the Wuhan Institute of Virology, and/or all other foreign sources, including agents and instrumentalities of the government of the Peoples’ Republic of China", the letter stated.

It, in particular, asked the group of Texas universities to share documents related to any cooperation with the Chinese Communist Party, a number of Chinese universities, and companies, including Huawei. It also sought information on the group's ties with the Wuhan lab’s researcher Shi Zhengli, who specialises on SARS-like coronaviruses of bat origin, and the CEO of US videoconferencing startup Zoom, Eric Yuan, whose service has skyrocketed during the pandemic.

The US is poised to determine where the coronavirus came from and, according to Trump, one of the versions under consideration is that it was developed in a laboratory in Wuhan, the Chinese city in Hubei province from where the first reports of an abnormal respiratory disease came last December. The US president has threatened China with consequences if it turns out that Beijing deliberately allowed the virus to exit the lab.

© AFP 2021 / FABRICE COFFRINI
WHO Says It Wants Invitation to Participate in China's Virus Investigation
China has rejected the allegations. The US Office of the Director of National Intelligence said on Thursday that intelligence assessments indicated a natural cause of the virus.

According to WHO representative in China Gauden Galea, the organisation is not able to investigate documents from two virus laboratories in the Chinese city of Wuhan, the epicentre of the outbreak. However, Galea stressed that the WHO had no doubts that the virus occurred in a natural way.