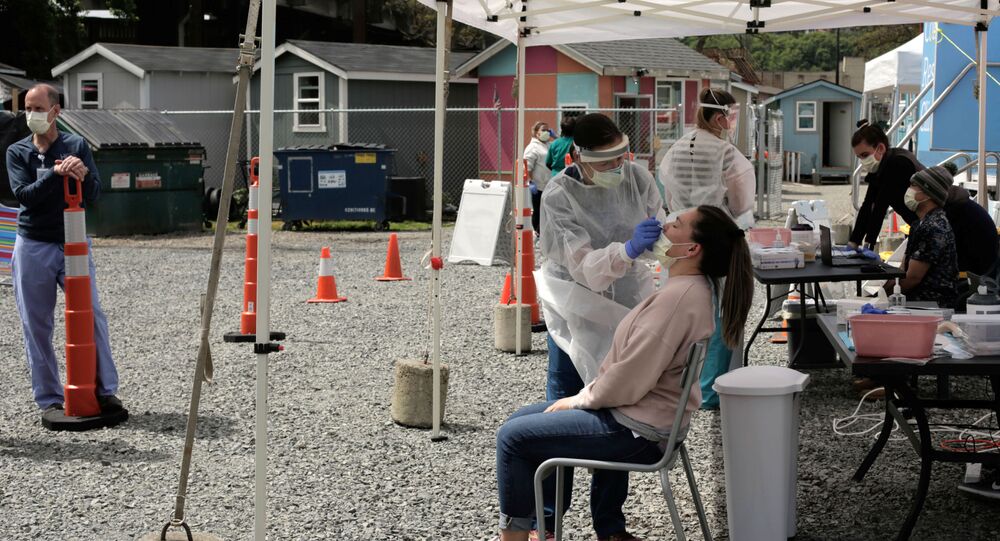 In late April, Bill Gates suggested that life would get back to normal only one to two years from now, even if the spread of the coronavirus is put under control.

Microsoft co-founder Bill Gates has described US coronavirus testing data as "bogus" because of its inaccuracy and slow turnaround.

Speaking to CNN on Thursday, he said that despite the increasing number of COVID-19 tests, “the United States does not prioritise who gets tested and […] does not make sure you get results in 24 hours”.

“If you get your test results within 24 hours so you can act on it, then let's count it", he said.

According to the 67-year-old billionaire philanthropist, people, who are most infectious within the first three or four days, may continue to communicate and further spread the disease until they obtain the test results.

"What's the point of the test? That's your period of greatest infectiousness”, Gates added, referring to low-income neighbourhoods that have scantier access to testing facilities and that are not prioritised.

"Our system fails to have the prioritisation that would give us an accurate picture of what's going on”, the Microsoft co-founder pointed out.

The remarks come a few days after Gates suggested in an interview with La Figaro that due to the COVID-19, life is “not going to return to normal for one to two years", adding that the world can get through the first stage of the pandemic by developing a system that will function "without the risk of returning to the exponential phase of epidemic progression".

He spoke after President Donald Trump told a press briefing last week that the US is "going maximum" when it comes to coronavirus testing.

"There are some people that don't want to do that much testing, but we're […] going to the outer limits and I think the way that's probably it should be”, POTUS said.

The comments followed Vice President Mike Pence stressing that the country has "enough testing capacity today for every state in America to go to Phase 1 if they meet the other criteria of 14 days of reduced cases and sufficient hospital capacity to prepare for any eventuality that may occur”.

​He also said that the US Centres for Disease Control and Prevention (CDC) staff will be deployed to all US states to assist with testing and contact tracing.

While the country is now reportedly testing about 200,000 people per day in connection with the coronavirus, Harvard University experts suggested that in a bid to completely "remobilise the economy", the US will have to test at least 20 million people per day by mid-summer.