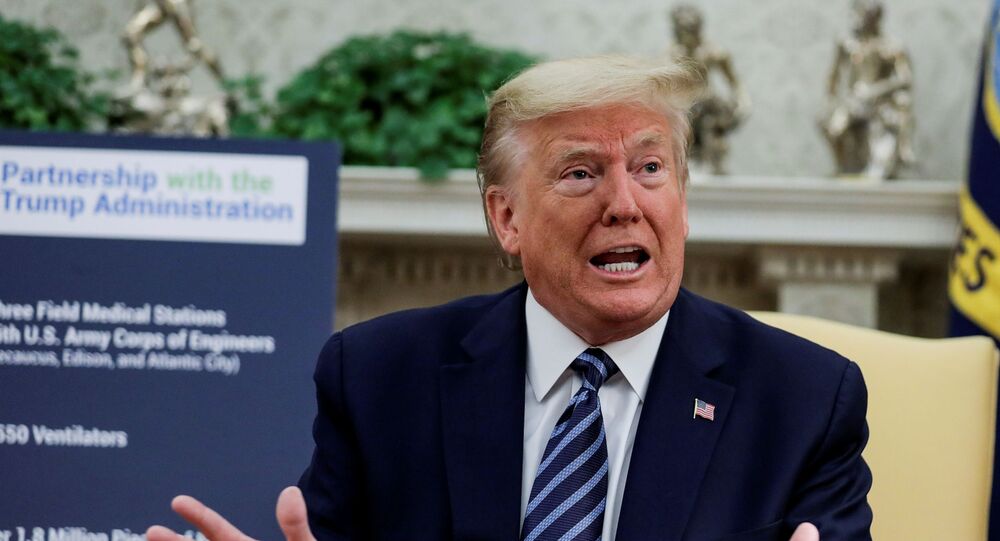 The former US official pleaded guilty to making "false and fraudulent statements" to the FBI regarding his contacts with Russian Ambassador to the US Sergei Kislyak in 2016, but has still not been sentenced and has been attempting to withdraw his plea since mid-January 2020.

US President Donald Trump has come to the defence of his former National Security Adviser General Michael Flynn in light of the release of court documents, with POTUS arguing that Flynn was a "fine man" who was "tormented by dirty cops".

Trump further claimed that Flynn is "in the process of being exonerated" and will come back "bigger and better". POTUS earlier mulled pardoning his former national security adviser, but has so far not made such a decision.

Trump also said that he wishes that he had all the information regarding the former national security adviser's questioning by the FBI during the Russia probe.

Following several rounds of interrogation, Flynn pledged guilty in December 2017 to lying to the FBI regarding his contacts with then Russian Ambassador to the US Sergei Kislyak in 2016.

The former national security adviser, however, later backtracked on his statements and claimed that he had been tricked by the FBI into lying to them in the first place. In January 2020, Flynn requested a withdrawal of his plea, citing the "government’s bad faith, vindictiveness, and breach of the plea agreement".

The former Trump administration member has not been sentenced since pleading guilty and his next sentencing hearing was postponed indefinitely to give time to both sides to work on their arguments after Flynn accused his previous lawyers of violating his rights by giving him inadequate legal counsel.

The main allegation, which served as the basis for the Russia probe under which Flynn was questioned, was that the Trump administration had conspired with Russia to win the 2016 election – something that also failed to be confirmed. Special Counsel Robert Mueller, who led the probe, wrote in his final report in 2019 that there was no evidence of such a conspiracy.