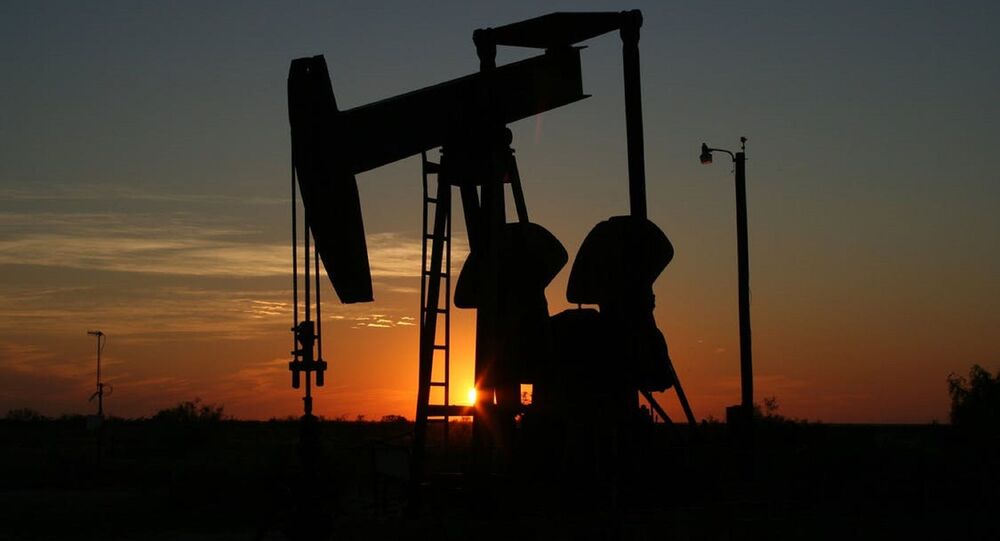 Earlier this month, the price of WTI crude for delivery in May plunged into negative territory for the first time in history.

Texas Railroad Commissioner Wayne Christian pledged in a tweet on Thursday that he would vote against “curtailing Texas oil production and stick to free market principles”.

The promise was made after Christian elaborated on the topic in an article published by the newspaper Houston Chronicle on Wednesday, in which he, in particular, stressed that as “chairman of the agency responsible for oil production in the state of Texas”, he takes the situation around nosediving crude prices “very seriously”.

I will vote against curtailing Texas oil production and stick to free market principles.

He noted that one the solutions proposed to the Texas Railroad Commission, “is to ‘prorate’ or limit the production of crude oil in Texas”, a proposal that Christian said is due to be discussed at the commission's 5 May meeting.

In this context, Christian recalled that “a lot has changed” since Texas last prorated oil production, adding that in 1950, the state controlled more than 20 percent of the world's oil supply, while currently, Texas controls just about five percent.

“Given this, a government mandate cutting oil production twenty percent across the board would not have a significant impact on worldwide oil supply. Furthermore, industry is already reducing production on its own. By allowing the free market to work, producers can determine for themselves what level of production is economical”, Christian asserted.

The commissioner also stressed that “virtually every major” trade body, including the Texas Alliance of Energy Producers and the Texas Oil and Gas Association, had spoken out against proration-related policies.

He suggested that “as soon as COVID-19 is behind us, demand for crude oil products, such as gasoline, will surely increase as Americans begin driving to work again”, adding, “it is not a matter of if, but when”.

Christian concluded the opinion piece by promising to stick to his free market principles and “oppose proration in Texas”.

The commissioner’s comments followed US Treasury Secretary Steve Mnuchin on Wednesday assuring that they are “looking at [..] options to shore up the country’s oil companies, adding that the assistance could be something similar to the storing of another "several hundred" million barrels of oil in America's Strategic Petroleum Reserve.

He spoke after Bloomberg cited unnamed sources as saying that over the past few weeks, about 1.1 million barrels of crude have been transported into the Strategic Petroleum Reserve by US oil companies which are now in the grip of a crude storage-related crisis.

On 20 April, the price of WTI crude for delivery in May fell into negative territory for the first time in history, in a sign that investors could theoretically pay people to cart away excess supply.

The developments came as the COVID-19 crisis shattered the demand for oil across the world, with many countries subject to stay-at-home orders, flights  being grounded, and roads nearly devoid of traffic, in line with national lockdowns.