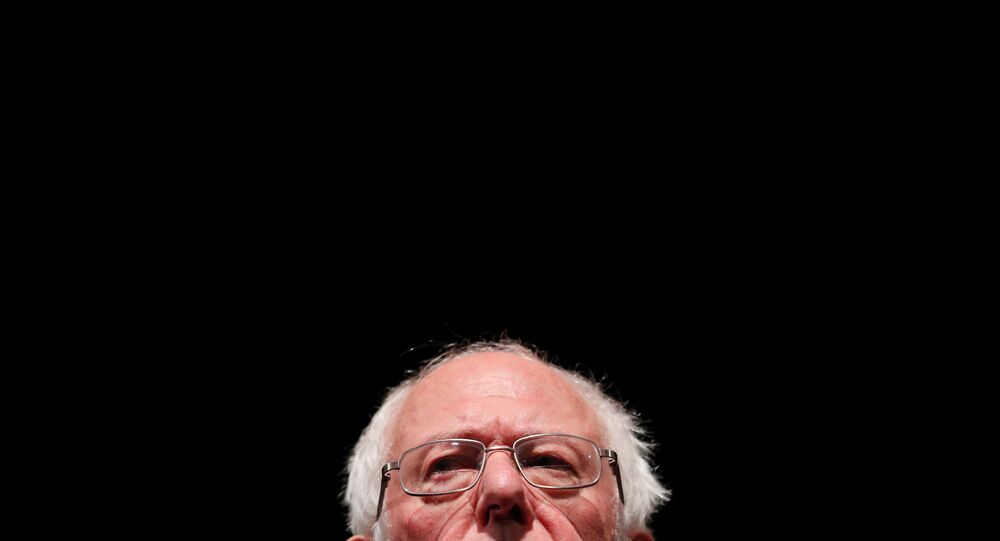 WASHINGTON (Sputnik) - The New York State Board of Elections on Monday decided to cancel the Democratic presidential primary election scheduled for 23 June amid novel coronavirus (COVID-19) fears and lack of competition, US Senator Bernie Sanders' campaign said in a statement in protest to the move.

Despite suspending his own bid for the party 2020 nomination and officially endorsing the only rival, former Vice President Joe Biden, Sanders sought to remain on ballot in New York.

"Today's decision by the State of New York Board of Elections is an outrage, a blow to American democracy, and must be overturned by the DNC [Democratic National Committee]", Jeff Weaver, a senior advisor with the Sanders campaign, said.

Weaver said given that the primary election is months away, the proper response must be to make the election safe - such as allowing everybody to vote by mail - rather than to eliminate people's right to vote.

Congresswomen Alexandria Ocasio-Cortez, from the so-called progressive wing of the Democratic Party and also a strong supporter of Sanders, took to Twitter to support the statement.

According to media reports, the Democratic commissioners on the Board of Elections agreed to strike Sanders from the ballot and cancel voting to reduce the risk for the spread of the novel coronavirus.

Following a series of defeats in the primaries, Sanders dropped out of the Democratic race in early April to endorse former Vice President Joe Biden for the presidency. The election is scheduled to take place on 3 November 2020.