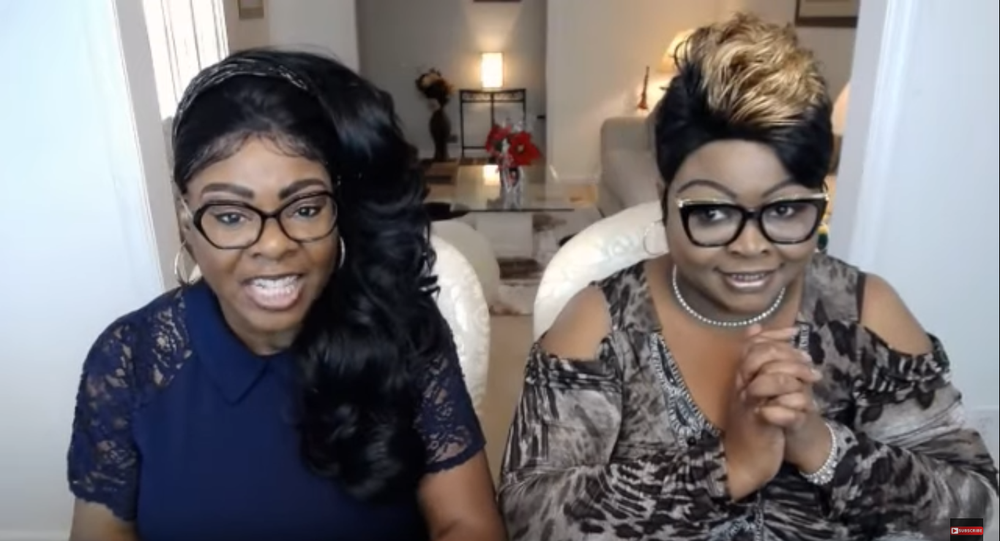 Lynette “Diamond” Hardaway and Rochelle “Silk” Richardson’s contract with Fox News turned to dust on Monday after the video blogging duo pushed dubious and extravagant theories about the COVID-19 pandemic.

The Daily Beast reported on Monday, citing “a source familiar with knowledge of the matter,” that Fox News had cut ties with Diamond & Silk, two video bloggers who came to prominence as the “Stump for Trump Girls” during Donald Trump’s 2016 presidential campaign and subsequently boasted they had become his “senior advisers.”

However, their downfall from regular appearances on Fox News comes after pushing one unsubstantiated claim about COVID-19 after another.

CNN’s Oliver Darcy was among the first to spot the duo’s absence, noting on Saturday that no new episodes of their show had been uploaded to Fox Nation since April 7.

“After what they’ve said and tweeted you won’t be seeing them on Fox Nation or Fox News anytime soon,” the anonymous source told The Daily Beast.

Their claims range from suggesting the COVID-19 death count had been inflated in an effort to hurt Trump’s reputation to telling listeners that indoor quarantines make people sick and suggesting the World Health Organization (WHO) had some kind of control over the virus, which has infected nearly 3 million people.

“What I need to know is how many people have passed away in New York. And what I need to know is: Who has the bodies?” Diamond asks in a March 30 video. “I need for somebody that does investigative work to call the morgues. To call the funeral homes. We need to know, because I don't trust anything else that comes out of his mouth now,” she said of New York Governor Andrew Cuomo. “Something's not right here. Something is off here.”

Silk then asks if COVID-19 was “man-made,” suggesting the WHO had a “switch” to “turn this virus on and off.”

"Is this a pandemic, or was it a plandemic?” the duo asks in an April 20 livechat. “Inquiring minds want to know."

However, Diamond & Silk were tacking a little closer to the president’s line than their dismissal might suggest, as Trump floated the idea last week that scientists might test whether or not injecting disinfectants or sunlight could be used as a therapeutic treatment for the respiratory illness.