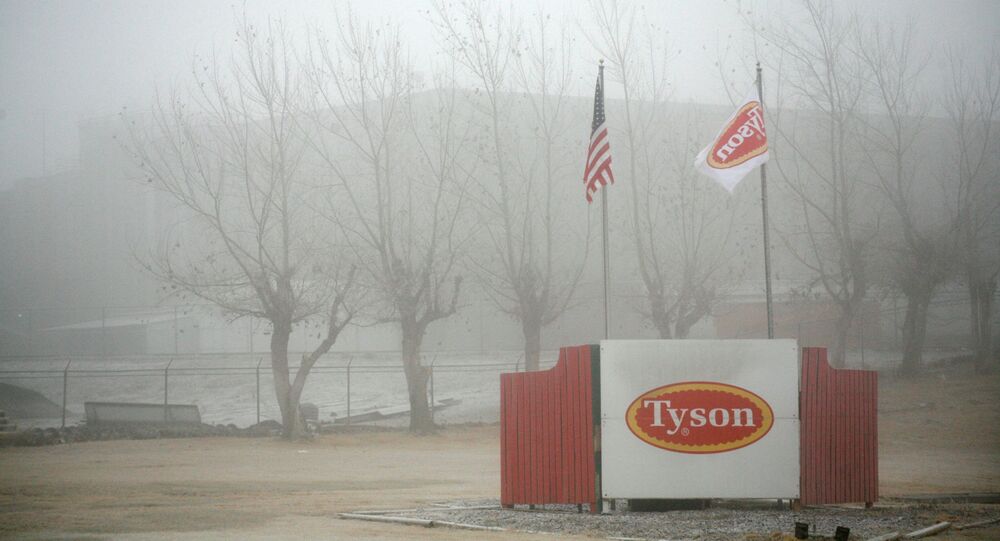 Tyson Foods is notifying consumers via a full-page newspaper ad that “millions of pounds of meat will disappear” from US stores, as facilities for the meat processor and marketing company have been forced to close over concerns related to the spread of the COVID-19 novel coronavirus.

Tyson Foods Chairman John Tyson issued a newspaper ad and company blog post on Sunday warning that “there will be limited supply of our products available in grocery stores until we are able to reopen our facilities that are currently closed.”

The Arkansas-based company’s consumer notification, published in the New York Times, The Washington Post and the Arkansas Democrat-Gazette, said that food production is “as essential as health care” and noted that a “serious food waste issue” is occurring due to the fact that “millions of animals – chickens, pigs and cattle” will still be “depopulated.”

This comes less than a week after Steve Stouffer, president of Tyson Fresh Meats, said that “significant ramifications beyond our company” were to come following the indefinite suspension of operations at the company’s Waterloo, Iowa, facility.

The closing came about on April 22 after individuals, ranging from employees to Waterloo Mayor Quentin Hart, protested the plant’s continued operation, despite the identification of more than 180 infections linked to the facility, according to the Associated Press. Testing of all 2,800 employees remains underway.

“Despite our continued efforts to keep our people safe while fulfilling our critical role of feeding American families, the combination of worker absenteeism, COVID-19 cases and community concerns has resulted in our decision to stop production,” Stouffer said in a statement obtained by NBC News.

In addition to those calling out sick, others chose to not come in for their shifts due to fear of contracting the novel coronavirus.

NBC News reported that four employees of Tyson’s operations in Georgia have died this month from the novel coronavirus. Additional closures, such as the shuttering of a Tyson Foods pork plant in Logansport, Indiana, have occurred across the country.

At the same time, an estimated 120 individuals at a 1,600-person Tyson Foods plant in Goodlettsville, Tennessee, tested positive for COVID-19 earlier this month, but an investigation by Nashville’s Metro Public Health Department concluded that it was not necessary for the plant to have its doors shuttered.

“I am satisfied that, at this point, they’re doing everything they can so that disease transmission is minimized. What I am concerned about is when people leave the plant and go home and are in their communities,” Dr. Michael Caldwell, director of the Metro Public Health Department, told Fox 17 Nashville.

He added that the US Department of Agriculture, the Centers for Disease Control and Prevention and the Tennessee Department of Health are all “working directly with Tyson officials to mitigate the threat of this disease.”

According to Tyson Foods’ release, the company has imposed a number of measures to protect its workers, such as daily deep cleaning and sanitizing of its facilities and waiving the short-term disability waiting period so that workers who get sick will be paid immediately.

‘People Will Raise Me Up on Pitchforks’: Lukashenko Explains Why He’s Resisted Coronavirus Lockdown