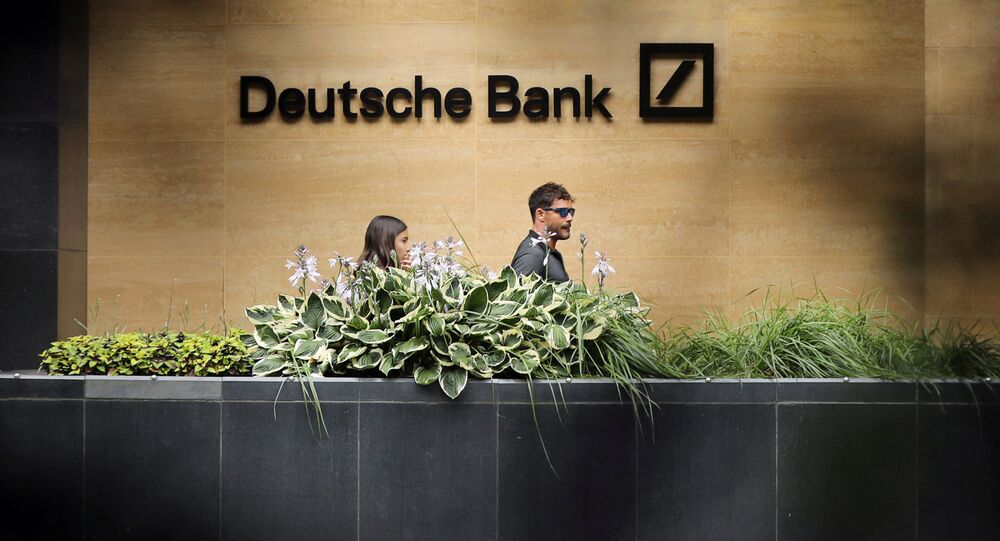 Frankfurt-based Deutsche Bank remains one of the biggest lenders to the Trump Organisation, which has reportedly suffered some hardship during the coronavirus pandemic. The bank has been repeatedly targeted by Democrats, pressuring it to reveal Donald Trump’s financial records.

Deutsche Bank has declined to provide information about US President Donald Trump and his family’s financial interactions with the bank, following a request by US Democratic senators, Reuters and Bloomberg reported, citing a letter dated 21 April.

“We hope that you will understand Deutsche Bank’s need to respect the legal, as well as contractual, boundaries that exist with respect to such confidential information”, Deutsche Bank's law firm Akin Gump reportedly wrote.

The German bank is a large creditor to the Trump Organisation, owned by the president and his family, which has been reportedly hard hit during the coronavirus crisis, with many hotels, golf courses and other properties now shut. At the start of April, reports emerged that the Trump Organisation has been exploring the possibility of delaying some of its payments in communication with the bank, propelling four Democratic senators to investigate the matter.

The letter asks about reports Trump Org was talking to Deutsche about financial assistance due to economic impact on propertieshttps://t.co/YUhkZG33gZ pic.twitter.com/KLLV893eCF

​On 7 April, Elizabeth Warren, Richard Blumenthal, Sherrod Brown and Chris Van Hollen sent a letter to the Chief Executive Officer of Deutsche Bank Christian Sewing, asking him to provide details of the bank’s interactions this year between Trump, his organisation and Jared Kushner’s company. The senators noted that this information was necessary in order to asses whether the financial institution was “providing special financial favors to the President or his family’s company” following reports that the Trump Organization has been seeking financial assistance from the bank.

It suggested that in response, the Trump administration may be inclined to either provide regulatory favours to Deutsche Bank, which is currently under investigation by the US Department of Justice, or “punish” it if it decides not to cooperate with Trump, which would be contrary to US law.

Following Deutsche Bank’s decision not to provide information about the bank’s interaction with Trump’s company, Warren reportedly wrote to Reuters on Saturday, arguing that the financial institution “must answer” the senators’ questions.

Deutsche Bank is currently being investigated by the US Department of Justice in relation to several money-laundering scandals. The bank has also been ordered to disclose Donald Trump’s financial records to US Congress following a decision by a federal appeals court in New York in December 2019.

© CC0 / Pixabay
US Supreme Court Sides With Trump, Blocks Financial Records Disclosure
This came after a group of Democratic Senators issued subpoenas to Deutsche Bank and Capital One  and asked the US Federal Reserve to investigate the institutions’ financial dealings with Trump and his son-in-law Jared Kushner.

Next month, the US Supreme Court will hear whether Deutsche Bank must reveal Trump’s family financial records, which have been subpoenaed by the US House of Representatives intelligence and financial services committees. Trump's legal team has previously asserted that the subpoenas are politically motivated.