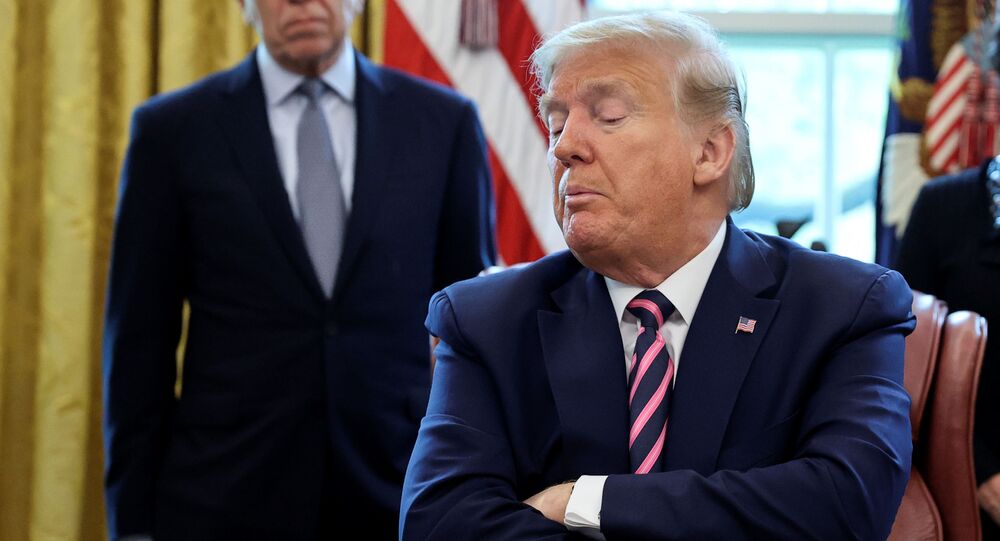 Earlier in the week, reports emerged that the US president, Donald Trump, may put daily coronavirus task force press briefings on hold after a disturbing episode in which POTUS suggested that injecting disinfectant could treat COVID-19.

Trump tweeted that he no longer sees a purpose in holding his coronavirus task force press conferences at the White House, as the media, he claimed, "asks nothing but hostile questions and then refuses to report the truth or facts accurately".

His assertions follow his ongoing criticism of what he describes as the "fake news" media as "corrupt and sick" as reporters purportedly "had me speaking & asking questions of Dr. Deborah Birx", while, according to Trump, he spoke to "our Laboratory expert".

What is the purpose of having White House News Conferences when the Lamestream Media asks nothing but hostile questions, & then refuses to report the truth or facts accurately. They get record ratings, & the American people get nothing but Fake News. Not worth the time & effort!

In another tweet, President also denied that he "called the pandemic a hoax", claiming that the "hoax" label was meant for the "Do Nothing Democrats".

I never said the pandemic was a Hoax! Who would say such a thing? I said that the Do Nothing Democrats, together with their Mainstream Media partners, are the Hoax. They have been called out & embarrassed on this, even admitting they were wrong, but continue to spread the lie!

​Trump's tweet followed reports that the daily press conferences at the White House will be significantly dialed back in both length and frequency, after the president's fiasco in suggesting the use of sunlight and injections of disinfectant as a treatment for COVID-19 voiced at brief Thursday briefing. The next day he walked back his assertions by claiming that he was speaking "sarcastically".

Friday's White House press briefing lasted just over 20 minutes, as opposed to the usual two hours or more, and Trump did not take any questions from reporters.

The White House Coronavirus Task Force was established by Trump and his advisers in late January, and has been holding regular press briefings since March. Headed by Vice President Mike Pence, Dr. Deborah Brix was named as the response coordinator tasked with monitoring and mitigating the effects of the deadly COVID-19 pandemic.

According to the Johns Hopkins University Coronavirus Resource Center, there are over 933,000 confirmed COVID-19 cases and more than 53,300 deaths from the viral disease in the United States, which currently has the largest number of cases and the highest death toll of all the countries in the world.

Trump Coming Under Fire For 'Inject Disinfectant' Comments About COVID-19