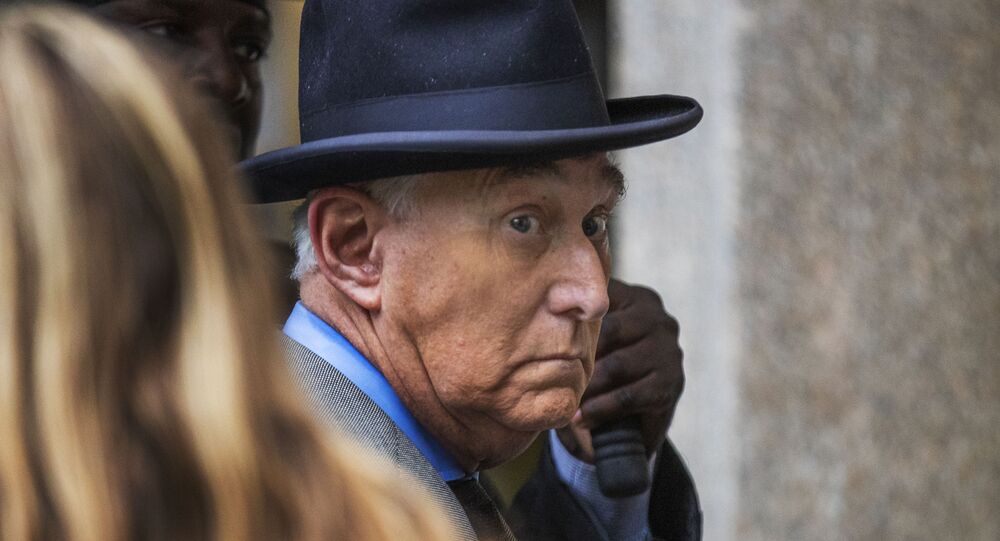 Amid allegations of foreign involvement in the 2016 Trump presidential campaign, a former close aid to the president, Roger Stone, was sentenced to lengthy prison time after being found guilty of lying to Congress.

A close aide to Donald Trump during his 2016 campaign, Roger Stone has been said to be "praying" for a pardon from Trump that could see him freed from prison amid the COVID-19 pandemic.

"I am praying for a pardon," Stone said on Friday in an interview with Frank Morano, a New York radio host, and co-producer of a Netflix documentary about the Trump associate, titled 'Get Me Roger Stone'.

A long-time DC lobbyist who worked for the Nixon re-election campaign in 1972, Stone - who has not yet formally requested a presidential pardon, according to NBC News - noted that Trump would "make his own judgement" as the latter, a one-time TV producer and beauty pageant boss, is a person to whom "nobody tells...what to do, and nobody tells...what not to do".

"[Trump] will make his own judgment in his own time. His public comments have certainly been encouraging," Stone offered.

Stone was sentenced to 3 years and four months in prison in February after a November 2019 conviction found him to have lied to Congress about attempts to find out what WikiLeaks founder Julian Assange had planned to do with emails from the Clinton campaign which had allegedly been accessed by Russian hackers.

Trump called the investigation "fraudulent" and demanded that it be "thrown out".

The investigation into Stone was "badly tainted and, in my opinion, should be thrown out. Even Mueller’s statement to Congress that he did not see me to become the FBI Director (again), has been proven false. The whole deal was a total SCAM. If I wasn’t President, I’d be suing everyone all over the place...— Donald J. Trump (@realDonaldTrump) February 18, 2020.

Judge Amy Berman Jackson denied Stone's motion for a new trial last week after the latter claimed that a juror was biased against him. Jackson maintained her previous order for Stone to report to prison by 30 April.

Stone complained publicly, characterizing the imprisonment as a death sentence, as he would be going to jail amid the coronavirus pandemic and asserting that he had health problems of his own.

"I'm 67 years old. I had very, very severe asthma as a child. If you look at the profile of those who are most at risk, I think I fit that" he offered.

Stone is yet to appeal the judge's ruling and to do so will see him foot a $1 million bill on top of the $2 million he spent on his unsuccessful trial defence.