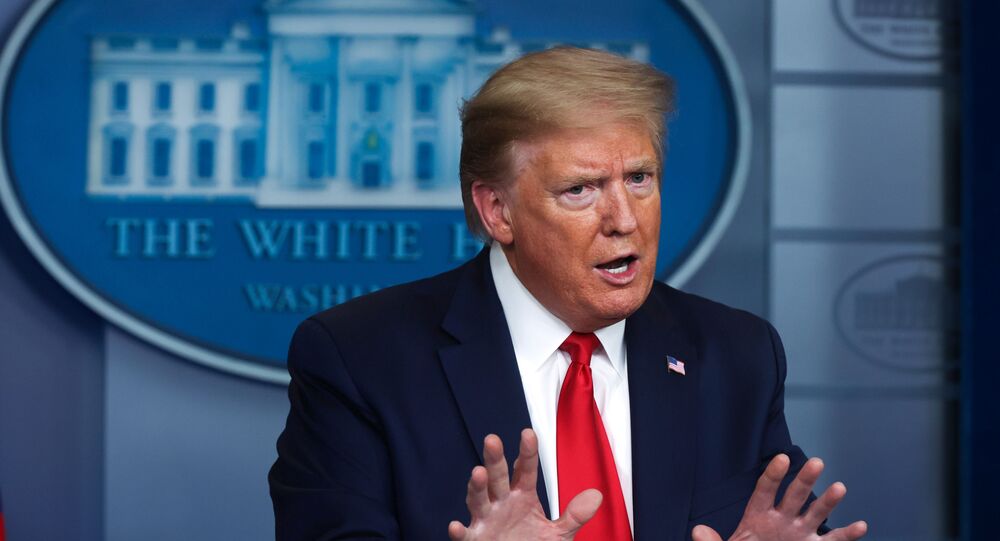 A day after an embarrassing episode in which US President Donald Trump floated the idea of injecting disinfectant to treat COVID-19, the daily White House conference was stunningly brief. A report by Axios claims this will be the new norm.

Citing “four sources familiar with the internal deliberations,” Axios reported on Friday that Trump’s daily press conferences would be significantly dialed back in both length and frequency. The report was published just moments after the end of, well, a stunningly brief briefing.

According to Axios, the daily reports from Trump’s Coronavirus Task Force, which often feature lengthy presentations by health experts and administration officials, would stop being daily features as early as next week, and when they do occur, they’ll be much shorter as well.

Some of the concerns among White House advisers include that Trump is “overexposed,” which hurts his polling against Democratic Party election rival Joe Biden. However, Trump has reportedly pushed back, claiming the briefings get good ratings. The sources also noted that these days, there just isn’t enough new information to justify a daily briefing.

These claims were verified by CBS White House Correspondent Yamiche Alcindor, who noted the White House also sees the crisis as “past its peak.”

Indeed, Friday’s presser seemed to be pioneering the idea, lasting barely 22 minutes - less than one-sixth the time that the meetings typically take. Some back-and-forth briefings have lasted for more than two hours as reporters bounce both questions and ideas off Trump and other experts on the task force, such as Drs. Anthony Fauci and Deborah Birx.

Friday’s bare-bones report included a barrage of statistics before officials retreated through the hidden door at the front of the White House Brady Briefing Room. Food and Drug Administration (FDA) Commissioner Stephen Hahn explained the agency was “leaving no stone unturned,” running trials on 72 different possible therapeutics for COVID-19 treatment and planning on testing 211 in all.

US Vice President Mike Pence told reporters that 5.1 million Americans had been tested, but cautioned that people should not be discouraged by those numbers. Trump noted the US was sending ventilators to several other countries, including Honduras and Germany.

Wow. The briefing ends without Trump even taking questions. He must not have wanted to talk about the therapeutic properties of injecting household disinfectants. pic.twitter.com/7pxsoI7ANc

​And then they were gone. If you blinked, you might have missed them.

However, the silliness didn’t escape folks on social media, who made such a storm about Trump’s comments the day prior, in which he floated the idea of testing whether or not injecting disinfectants or sunlight might be useful treatments, that #Clorox, a bleach manufacturer, became a trending topic on Twitter.

The White House Press Briefing is the ultimate version of “This meeting should have been an email.”

trump ran out of today’s briefing like a scared little boy.

To embarrassed from yesterday's briefing to take questions? #25thAmendmentNow

Why no question period at the end of the briefing Donald? Drink too much bleach?

We have to wonder, if that rumored second wave of COVID-19 comes in the fall, will the daily press room drama reignite, too?