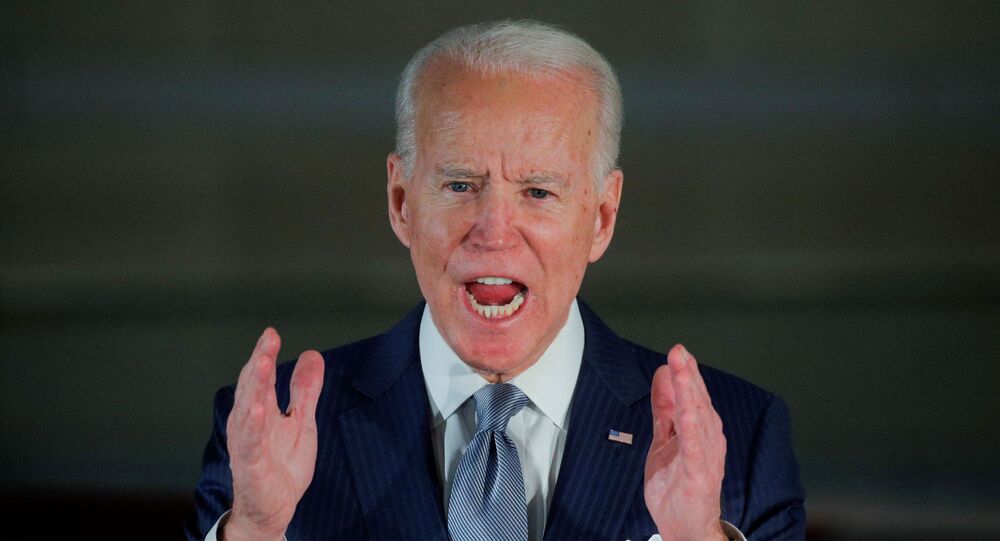 Following the withdrawal of all rival Democratic presidential candidates, former US Vice President Joe Biden became the potential nominee for the Democratic Party to face President Donald Trump in the 2020 US election.

The presumptive US Democratic presidential nominee, Joe Biden, revealed his readiness to debate the US president, Donald Trump, “anytime, anywhere”, including with the use of online video conference services such as Zoom and Skype.

“I can hardly wait to debate Donald Trump,” Biden told supporters, according to pool reporters observing an online fundraiser. “I’m ready to debate him. Zoom or Skype or Slack or hangouts or in person, anytime, anywhere he wants”.

Zoom Debate? At fundraiser, @JoeBiden says, "I’m ready to debate him. Zoom or Skype or Slack or hangouts or in person, anytime anywhere he wants."

Later in the day, during a coronavirus press briefing in White House, Trump recalled Biden by referring to him as “a sleepy guy in the basement of the house", claiming that the former vice president "doesn't want to do debates because of COVID”.

“I can tell you what's going to happen. We have a sleepy guy in the basement of the house that the press is giving a free pass to who doesn't want to do debates because of COVID, and lots of things are happening, right? And I watched a couple of interviews and I say oh, I look forward to this, but they're keeping him sheltered because of the coronavirus,” Trump reportedly said.

The former vice president’s last debate took place on 15 March against former Democratic candidate Senator Bernie Sanders. The debate was held with a live audience prior to the implementation of lockdowns and social distancing restrictions aimed to slow the spread of the coronavirus (COVID-19) pandemic.

Those restrictions point to how to hold a Biden-Trump debate amid the ongoing outbreak, as November is approaching and it is unknown how and when the crisis is going to end.

Biden slammed the Trump administration's response to the COVID-19 outbreak, and the way the president has treated the governors of several US states during the crisis.

“This president can't stop talking about himself, asking governors to thank him for what he's doing for them,” Biden said. “Thank him? Come on! It's always about how this crisis affects him, about how it's not his job to fix it”.

The president hopeful said that is part of Trump’s “responsibility” as the “president of the United States of America” to lead the nation through such crisis, adding that crisis leadership is “not about politics”.