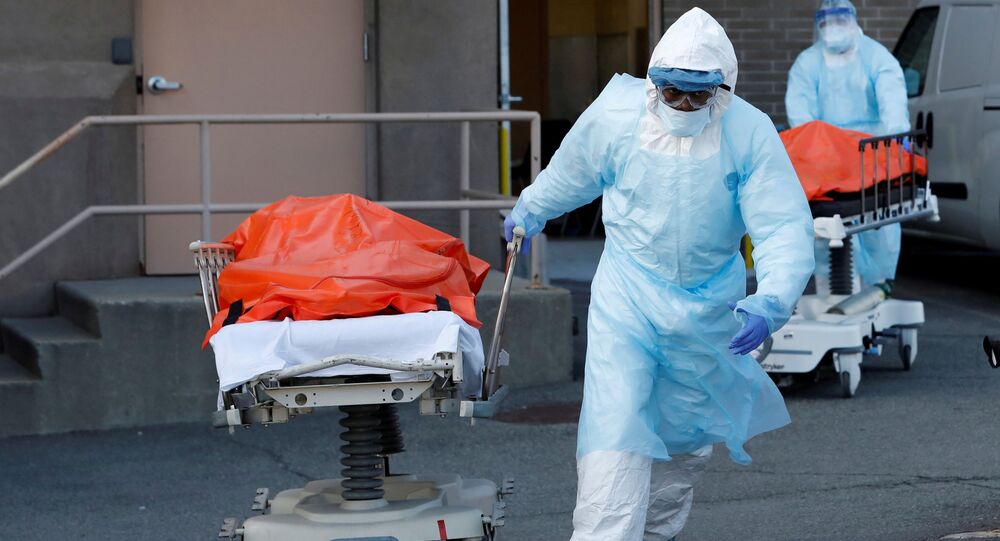 WASHINGTON (Sputnik) - A lawsuit against China by the state of Mississippi seeks to hold Beijing responsible for what it describes as malicious and dangerous acts that have caused death, health injuries and serious economic losses from the coronavirus (COVID-19) pandemic, state Attorney General Lynn Fitch announced in a press release on Wednesday.

"Too many Mississippians have suffered as a result of China’s cover-up," Fitch stated. "They must not be allowed to act with impunity. Mississippians deserve justice and I will seek that in court."

The lawsuit will seek damages under the Foreign Sovereign Immunities Act and is similar to a case filed earlier in the week by the US state of Missouri, the release said.

Fitch asked Mississippi’s congressional delegation to back legislation that would allow lawsuits against China over COVID-19-related damages, the release noted.

US courts typically dismiss lawsuits against other nations under the principle of sovereign immunity. However, targeted legislation can overcome that obstacle, as in the case of lawsuits seeking damages from Iran over terrorist attacks.

On Tuesday, the US state of Missouri filed a lawsuit against China and several Chinese state-run institutions for allegedly concealing the outbreak of the deadly coronavirus at the start, denying the fact of human-to-human transmission of the virus and doing "little to contain the spread".

China’s Foreign Affairs Ministry's spokesman Geng Shuang commented on Wednesday on the Missouri move, noting that the suit was without any factual or legal basis.

"These so-called lawsuits are purely malicious abuses," Geng Shuang said. "Such abuses are not conducive to epidemic prevention and control in the United States, and also run counter to the current international anti-epidemic cooperation," he said, highlighting that the US should "dismiss the indiscriminate lawsuit."