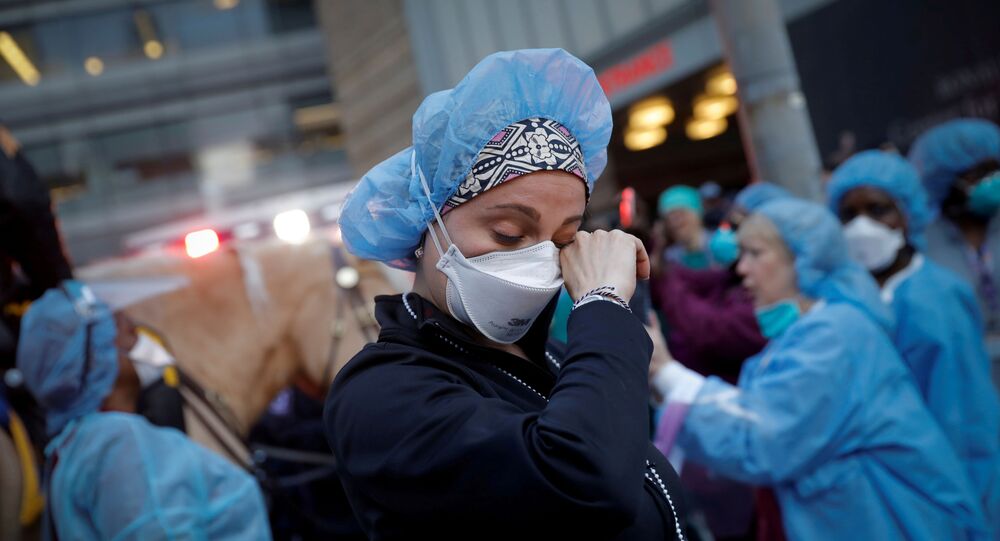 Officials in California’s Santa Clara County revealed Tuesday that two of its residents died because of COVID-19 in early and mid-February, suggesting that the first coronavirus deaths in the US were earlier than previously believed.

The first official report of a coronavirus-related death in the US was recorded on February 29 in Seattle, Washington. Officials later found that two people in the Seattle area who died on February 26 also had the virus.

However, most recently, Santa Clara County officials said autopsies revealed that two people who died in their homes on February 6 and February 17 were also infected with the virus, which was detected in their tissue samples. The virus presence in their tissues was also confirmed by the US Centers for Disease Control and Prevention (CDC), the New York Times reported.

“Each one of those deaths is probably the tip of an iceberg of unknown size,” Sara Cody, the county’s chief medical officer, said in an interview with the Times. “It feels quite significant.”

Cody also explained that the two people who died in February were not known to have traveled anywhere that would have exposed them to the virus, and they are believed to have contracted it within their own communities.

According to Santa Clara County Executive Jeffrey Smith, who is also a medical doctor, the new information suggests that the virus was spreading in California much earlier than officials previously believed.

Cody also told the New York Times that when cases began to pop up more frequently in the US in January, the federal government imposed strict restrictions on who could qualify for coronavirus testing, which may have prevented officials from accurately discerning how pervasive the virus is.

“We had to ask the CDC every single time: Does this person meet the case definition? May we send a sample?” Cody said. “We had this very, very uncomfortable feeling that we were hearing about a lot of patients who really felt that they were cases but we couldn’t test.”

There is additional evidence that the virus may have been spreading in the US much earlier than previously known. For example, several passengers on the Grand Princess cruise ship that departed San Francisco, California, on February 11 ended up testing positive for the coronavirus. There is also some evidence that the virus began spreading around the New York City area as early as mid-February.

Despite the fact that researchers are slowly piecing evidence together, they still don’t have a complete map of the virus’s inception and transmission within the US.

“We had so few pixels you could hardly pick out the image,” Cody said, referring to infections in Santa Clara County. “Suddenly we have many pixels that all of sudden that we didn’t even realize that we were looking for.”

“I can’t put the story together yet,” she added.

Santa Clara County was among the first areas in the US to announce stay-at-home orders on March 16 - a measure which Cody noted was a “good decision” since “there was even more transmission than we recognized” at the time.

The latest data by Worldometer reveals that more than 837,000 cases of the virus have been confirmed in the US. More than 46,000 people in the country have died from the disease.

UK Coronavirus Hospital Death Toll Jumps by Over 700 in 24 Hours Bringing Total to 18,100