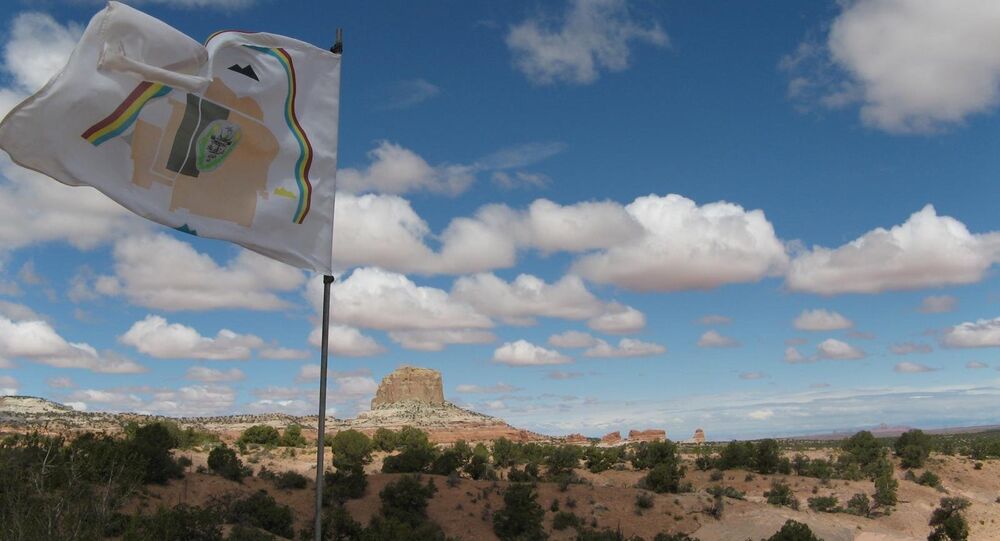 Native Americans make up a tiny fraction of the population in the United States - only six million out of a total of 328 million. But they have been among the hardest hit by the coronavirus crisis.

The President of the Navajo tribe of Native Americans, Jonathan Nez, has criticised the federal aid process as "very slow."

The Navajo nation, in New Mexico, has the country’s third-highest rate of COVID-19 infections.

On Saturday, 18 April, it was reported that despite only accounting for 11 percent of New Mexico’s population, Native Americans account for nearly 37 percent of the state's 1,484 cases.

the navajo nation is disproportionately impacted + it’s not being talked about enough.

​In the next door state of Arizona 30 out of the 112 deaths where the victims’ ethnicity was known were Native Americans.

It is of course not the first time Native Americans have fallen victim to diseases brought into their communities from outside.

When Christopher Columbus landed in the “New World” in 1492 there were an estimated 10 million Native Americans living in North America.

Please read this thread about the Coronavirus outbreak in South Dakota. As Trump prepares to reopen the country, how this looks in rural places is very different from big cities. Read all the way to see more about impacts on our food supply chains & vulnerable Native Americans. https://t.co/4iiPCH0FUh

​That number fell to an estimated 238,000 by the end of the 19th century, largely due to diseases like smallpox which were brought to North America by European settlers. Thousands more were killed by British, French and American soldiers or vigilante mobs.

Many Native Americans live on reservations - territory which was granted to them by the US government after it defeated tribes like the Sioux (Lakota), breached numerous treaties and took most of the most fertile or mineral-rich land in the Great Plains and the Midwest.

Native Americans on reservations are among the most economically deprived in the United States and there are few healthcare resources.

Black, Brown, Native Americans are not dying disproportionately from coronavirus because of their lifestyle. Lifestyle implies a choice. The disproportionate rate of death among these groups is directly correlated to overt governmental policy of systemic racism.

The US government points out it has set aside US$8 billion in aid for Native American tribes in the US$2 trillion Coronavirus Aid, Relief and Economic Security Act.