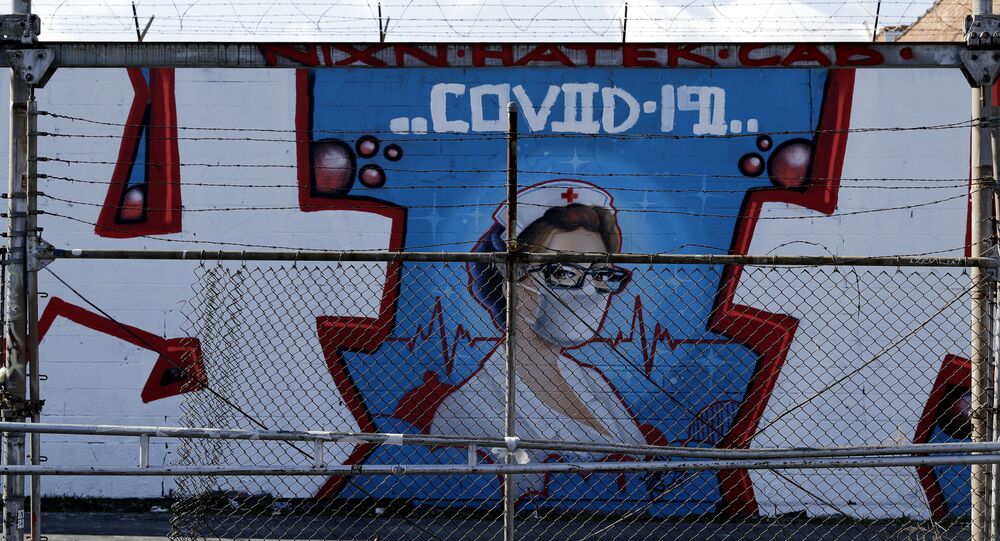 The billboard stunt was apparently organized by a non-profit group that seeks to, in their own words, “educate the general public about Islam”.

As US authorities struggle to deal with the ongoing coronavirus pandemic in the country with infections in the tens of thousands, a peculiar billboard installed in Chicago promotes advice on dealing with infectious diseases, attributed to Prophet Muhammad himself, the New Arab reports.

The billboard stunt was apparently organized by Gain Peace, a non-profit group whose goal is “to educate the general public about Islam”, according to a statement posted on their website.

A Billboard on a Chicago high way, USA. May Allah's blessings be upon our noble Prophet Muhammad (SAW). pic.twitter.com/TzaCG9SwwE

​As the media outlet explains, these guidelines are based on a “historic 'hadith', or narration, of the prophet which has been widely shared across social media platforms since the current outbreak began to spread across the world”.

The hadith in question attributes the following words to the prophet, as quoted by the New Arab: "When you hear that a plague is in a land, do not enter it and if the plague breaks out in a place while you are in it, do not leave that place".

And in another narration, Muhammad urges to refrain from placing a sick patient with a healthy person, the media outlet adds.