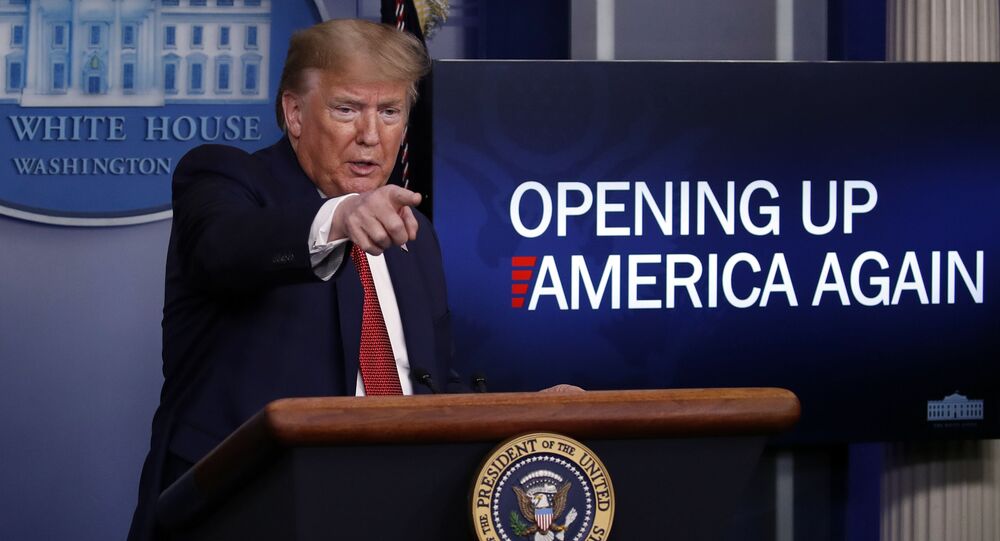 Previously, the Trump administration unveiled a $2 trillion stimulus package to help the US economy in its fight against the coronavirus. The relief also came amid fears of massive job losses resulting from the pandemic.

At a White House briefing on the COVID-19 situation in the country, US President Donald Trump said that Republicans were "close" to getting a deal with Democrats on another legislative package to mitigate the economic damage inflicted by the COVID-19 pandemic. The president added that the joint resolution could be made by Monday.

“I think we’re getting close to a deal”, Trump told reporters. “It could happen, a lot of good work has been going on and we could have an answer tomorrow and we are going to see what exactly does take place.”

During his speech, Trump also praised the statement of New York's Democratic Governor Andrew Cuomo, who earlier said that the federal government's performance during such a tough period of time was 'a great accomplishment'.

"It was really a good statement", the president said. "It is so good because it is bipartisan. This is not about Democrats, Republicans. This never happened to us before", he went on to say.

Earlier in the day, Treasury Secretary Mnuchin said on CNN’s 'State of the Union' that the White House and Congress could reach a deal today on supplemental funding for small businesses. He added that the deal would include $300 billion for the Small Business Administration’s Paycheck Protection Program, $50 billion for the Economic Injury Disaster Loan, $75 billion for hospitals and $25 billion for testing.

Democrats and Republicans are negotiating a $370 billion deal for small businesses loans that would provide $310 billion to the Paycheck Protection Program, which run out of funds on Thursday, CNBC reported. Another $60 billion would go to the Economic Injury Disaster Loan program, a separate program offering loans for small businesses administered by the Small Business Association, the report added.