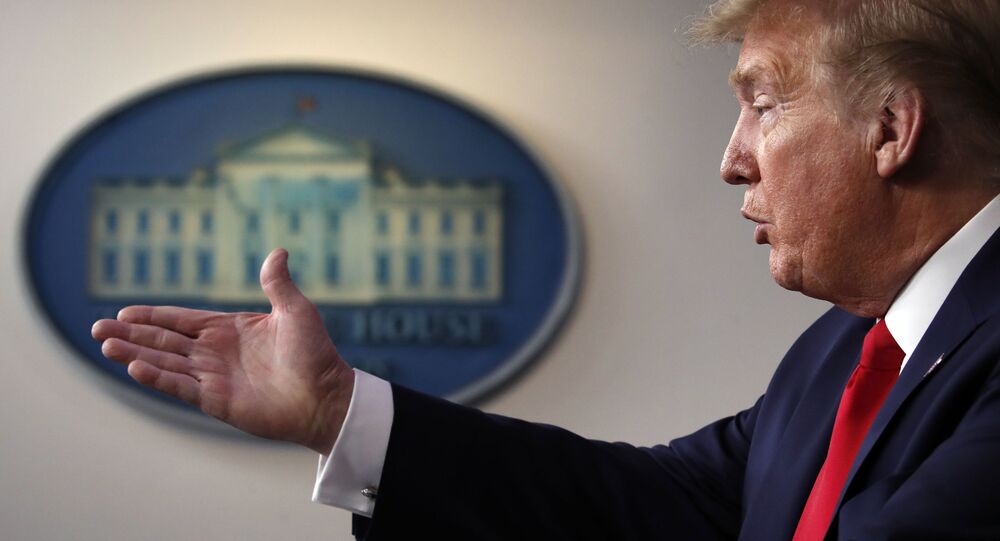 Trump earlier announced that the US would no longer be funding the World Health Organisation (WHO) because the latter failed to report accurately on the COVID-19 as it emerged in December and thereby impeded the global response to the pandemic.

The United States can find a better use for the $500 million it usually allocates to the WHO, President Donald Trump said at the Saturday White House coronavirus task force briefing on Saturday.

"The World Health Organisation, we're just finding more and more problems … there are other ways we can spend the 500 million dollars … but we can find other ways to spend it where people are going to be helped we think in a much greater way, we are doing some research on certain people who take a lot of credit for what they do", Trump said.

He went on to say that the US could spend the $500 million "using all of it in a much more efficient manner", adding that "it will be to the good of many more people" while also criticising the WHO for being against the United States closing off its borders to China when the coronavirus was just emerging.

The US currently ranks first in the world both in terms of confirmed COVID-19 cases, with over 726,640, as well as fatalities, with more than 37,900, according to Johns Hopkins University.