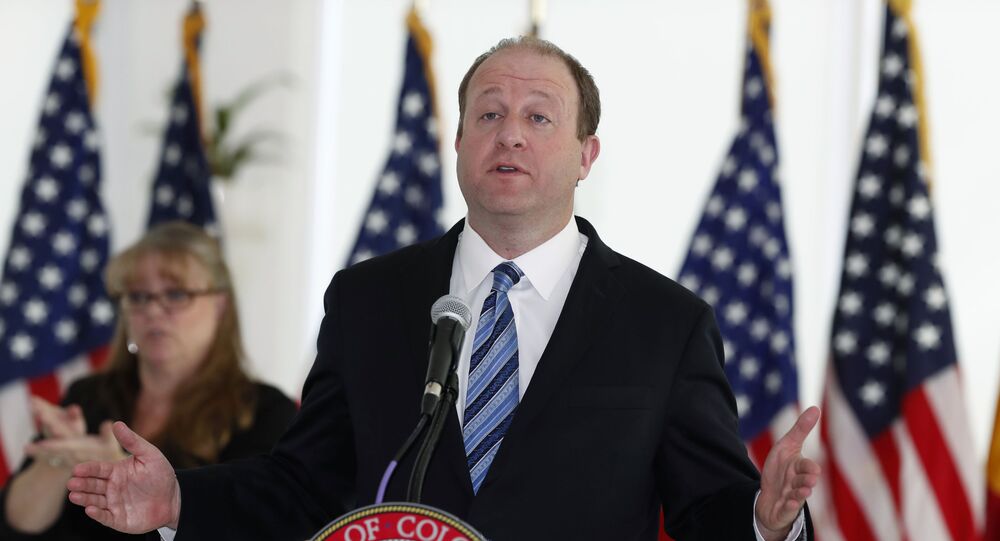 Governor Polis also admonished those who flaunt the stay-at-home order, arguing that they put themselves and their loved ones in danger by doing so.

The Governor of the US state of Colorado Jared Polis recently stepped forward to address some rather unflattering remarks made by Colorado House Minority Leader Patrick Neville regarding the stay-at-home order the former issued due to the ongoing coronavirus pandemic, Newsweek reports.

According to the newspaper, Neville previously told The Peter Boyles Show that orders like the one issued by Polis could lead to a "Gestapo-like mentality."

"That's what we have to rely on, the American spirit and the American people to get us through this, and not these panic orders and these shutdown orders and what's leading to a Gestapo-like mentality," he said.

In response, the governor stated that he, "as a Jewish American who lost family in the Holocaust", is "offended by any comparison to Nazism".

"We act to save lives, the exact opposite of the slaughter of six million Jews and many gypsies and Catholics, and gays and lesbians, and Russians and so many others", Polis said.

He also insisted that staying at home may feel difficult, but it is a necessary measure meant to ensure people's safety.

The newspaper also noted that while Neville reportedly told The Denver Post that he "should have said authoritarian, not Gestapo", he apparently didn't apologize for the remark.