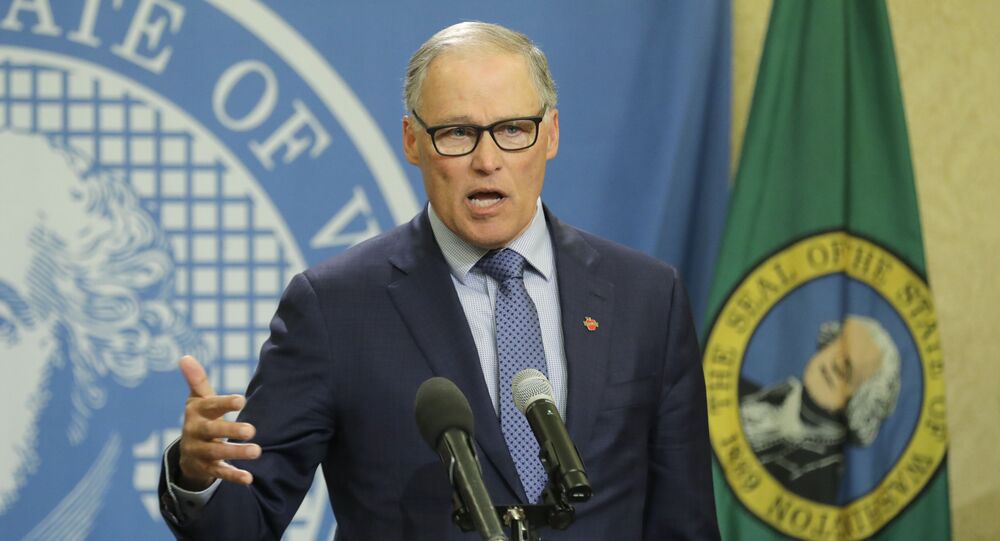 The Democratic governor of Washington, Jay Inslee, issued a fierce condemnation of Donald Trump’s Friday tweets, accusing the US president of encouraging “illegal violence and dangerous acts”, as well as risking the lives of millions of people with coronavirus infection.

“The president is fomenting domestic rebellion and spreading lies - even while his own administration says the virus is real, it is deadly and we have a long way to go before restrictions can be lifted”, the governor wrote on Twitter.

The president’s statements this morning encourage illegal and dangerous acts. He is putting millions of people in danger of contracting COVID-19.

His unhinged rantings and calls for people to “liberate” states could also lead to violence. We’ve seen it before. 1/7

The comments came after Donald Trump published a series of tweets on Friday morning, calling upon the citizens of Minnesota, Michigan and Virginia to “liberate” their states in support of several protesters in these Democrat-governed territories in relation to the ongoing coronavirus lockdown and self-isolation measures, which some people have found to be too strict and unnecessary.

During a press conference on Thursday, Donald Trump sympathised with protesters for their frustration with lockdown restrictions, arguing that the pandemic has been a “tough process for people” and pointing out that many governors were eager to open their states for business as usual.

“So, that will be a governor's choice, and we'll have no problem with it”, the president said.

On Thursday, the White House also issued a number of guidelines for states to gradually lift quarantine measures and open businesses, endowing governors around the US with broad powers to decide when these steps can be taken.

© REUTERS / JONATHAN ERNST
Trump Confirms US ‘Looking Into’ Reports the COVID-19 Virus Possibly Escaped Chinese Lab in Wuhan
However, according to Inslee, this “sensible” plan and anti-pandemic work have been undermined by “the president’s irresponsible actions”.

The two politicians have traded barbs in the past, with Trump calling Inslee a “snake”, while mocking his unsuccessful presidential run.

According to the most recent data provided by the Johns Hopkins University, there are more than 706,000 confirmed coronavirus cases in the United States, around 40,000 of which have been reported in Michigan, Minnesota and Virginia alone.