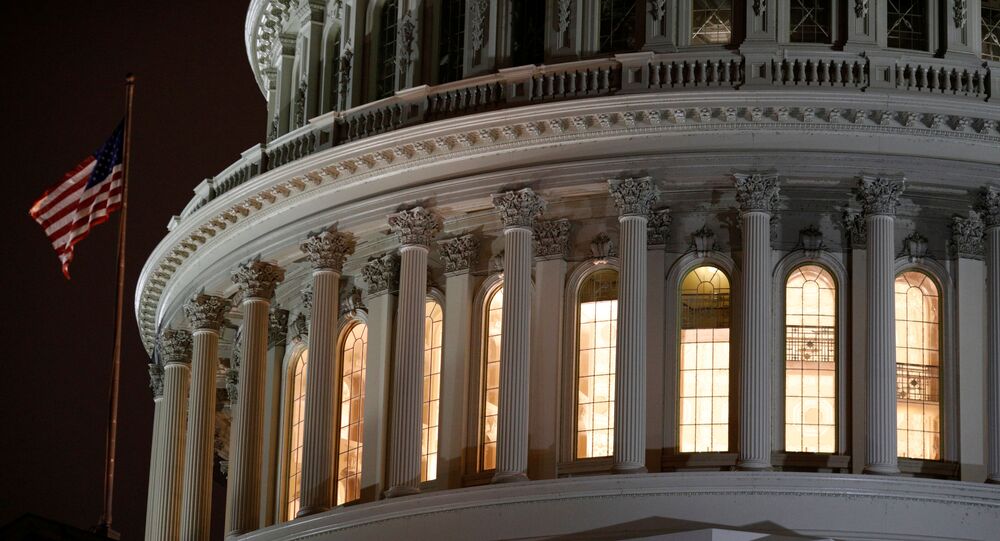 WASHINGTON (Sputnik) - The US budget deficit appears likely to swell by $1.8 trillion as a result of spending approved in the US CARES Act to support the sinking US economy, according to estimates by the non-partisan Congressional Budget Office (CBO) and Congress’ Joint Committee on Taxation (JCT).

"On a preliminary basis, CBO and JCT estimate that the act will increase federal deficits by about $1.8 trillion over the 2020-2030 period. The estimate includes a $988 billion increase in mandatory outlays, a $446 billion decrease in revenues; and a $326 billion increase in discretionary outlays, stemming from emergency supplemental appropriations", the CBO detailed in a press release on Thursday.

Although the CARES Act provides financial assistance totaling more than $2 trillion, the projected cost is less than that because some of the assistance is in the form of loan guarantees, which are not estimated to have a net effect on the budget, the release said.

In addition, the act authorizes the Treasury secretary to provide up to $454 billion to fund emergency lending facilities established by the Board of Governors of the Federal Reserve System. Because the income and costs stemming from that lending are expected to roughly offset each other, the CBO estimates no deficit effect from that provision, according to the release.

In March, the CBO reported that the US budget shortfall grew by up to $80 billion in the first five months of the fiscal year 2020 compared to the same reporting period of 2019.