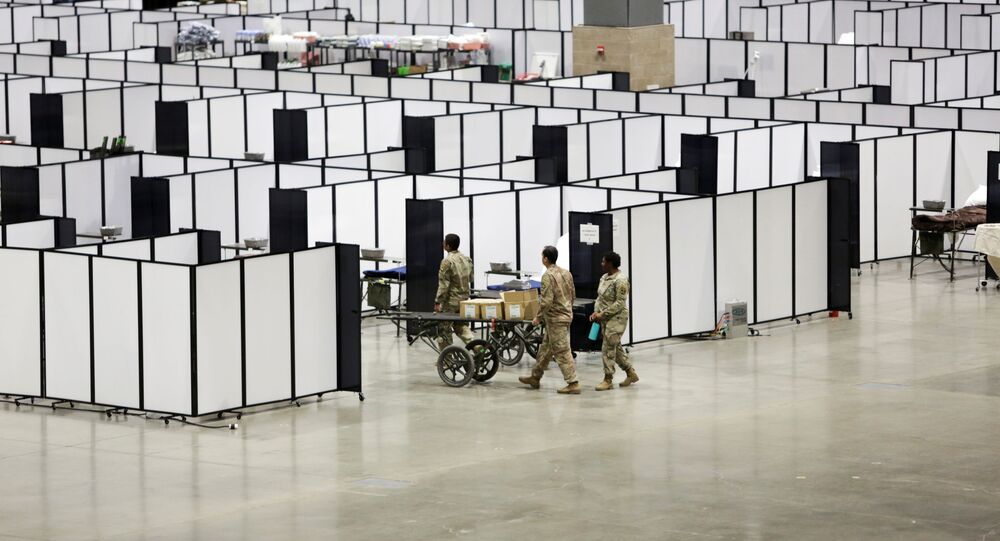 There have now been more than 650,000 cases of the COVID-19 novel coronavirus identified in the United States, according to data compiled by Johns Hopkins University in Baltimore, Maryland.

According to data compiled by the medical university, in the United States there have been 653,825 identified cases of the respiratory illness COVID-19, caused by the virus SARS-CoV-2.

Of those infected people, more than 104,000 have been hospitalized and more than 28,000 have died. However, another 47,000 have recovered from the illness.

The outbreak in the US has far surpassed any other country, and in the US, most of the cases have remained in the New York City metropolitan area, with New York State by itself having more cases than the second-most-infected country after the US - Spain.

Despite the incredible spread and death toll, members of US President Donald Trump's Coronavirus Task Force have remained optimistic that national mitigation efforts are successfully curbing the virus's propagation, and Trump has said he hopes some parts of the country will reopen from lockdown early next month and proceed in phases. The president has promised more details on this process at a news conference later on Thursday.

He named a list of 65 federal lawmakers who will be partnering with his administration on an "Opening Up America Congressional Group," most of whom are from his own Republican Party. Neither House Speaker Nancy Pelosi (D-CA) nor Senate Minority Leader Chuck Schumer (D-NY) are among the ranks.

CBS obtained and published the three-phase guidelines on Thursday. The document says it is “based on up-to-date data and readiness," that it "mitigates risk of resurgence" and "protects the most vulnerable,” adding the guidelines are “implementable on statewide or county-by-county basis at governors’ discretion.”

​Trump had previously claimed he had "absolute" authority to force US states to reopen, despite plans by their governors to the contrary.

WHO: Alcohol Use Weakens Immune System, Should be Minimized During Pandemic