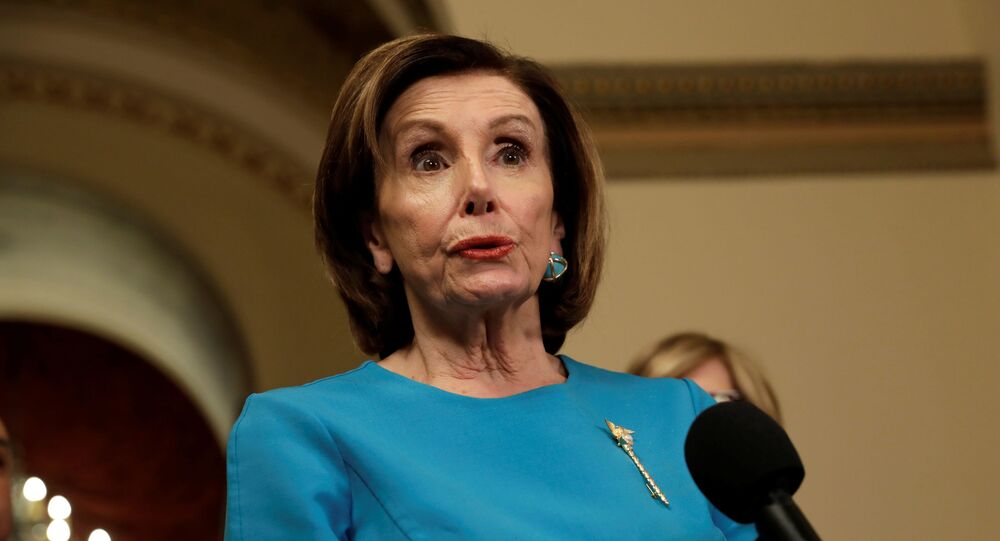 Donald Trump announced the move against the UN health watchdog, which had been receiving its biggest funds from the US, on Tuesday, saying an investigation should be completed into the WHO’s ties with China, which was the first country to register the novel coronavirus in late 2019.

White House officials have busted House Speaker Nancy Pelosi’s claim that halting funds to the World Health Organisation (WHO) is “illegal”, the Daily Caller reported. According to officials in the Office of Management and Budget (OMB) cited by the US edition, the WHO’s funding was approved by Congress as part of larger sums generally earmarked for “international organisations”.

The White House, they explained, is in power to determine which organisations to send that money to. One official noted that all the funding largely falls into two categories - assessed dues and voluntary contributions. According to the OMB, the WHO’s assessed dues can be immediately dismissed because no special treaty legally binds the United States to contribute to the organisation.

Meanwhile, voluntary funds may by definition be reassigned to international health organisations other than the WHO. Secretary of State Mike Pompeo has reportedly already instructed State Department staffers to identify new organisations eligible for voluntary funds instead of the WHO. “WHO clearly failed to do its job, and continues to make serious mistakes that puts our nation’s safety and security at risk, including allowing the reopening of wet markets”, a senior administration official commented on the subject to the Daily Caller.

© AFP 2020 / FABRICE COFFRINI
In this file photo taken on 24 February 2020, A photo shows the logo of the World Health Organization (WHO) at their headquarters in Geneva.

The official further added that it this shouldn’t be “controversial to want to partner with international organisations that will actually protect international health”. “Watching the Democrats rush to defend the World Health Organisation, which uncritically took China at its word that COVID19 wasn’t a threat or contagious among humans, is really something”, Rachel Bovard, senior director of Policy at the Conservative Partnership Institute, echoed the aforementioned stance.

On Wednesday, Pelosi condemned Trump’s move as “senseless” and “dangerous”: “We can only be successful in defeating this global pandemic through a coordinated international response with respect for science and data”, she said in a statement. “This decision is dangerous, illegal and will be swiftly challenged”.

On Tuesday, Trump ordered to halt the US’ money contributions to the WHO, fuming that the UN agency did not question China’s claims in January that the virus was not contagious and delayed declaring an emergency until the end of the month.

Critics, including many Republicans, have charged China with allowing the COVID-19 pandemic to get out of hand by underreporting on the locally occurring outbreak and the number of those infected.

Trump announced a suspension period of 60 to 90 days pending the completion of a probe of WHO and Chinese actions during the onset of the pandemic. Republicans on the House Oversight Committee sent a letter Thursday to the WHO, asking them to detail their communication with China in regards to the coronavirus flare-ups.

The United States has hitherto been the largest contributor to the WHO’s annual budget, donating well over $400 million a year - far more than other contributing states.