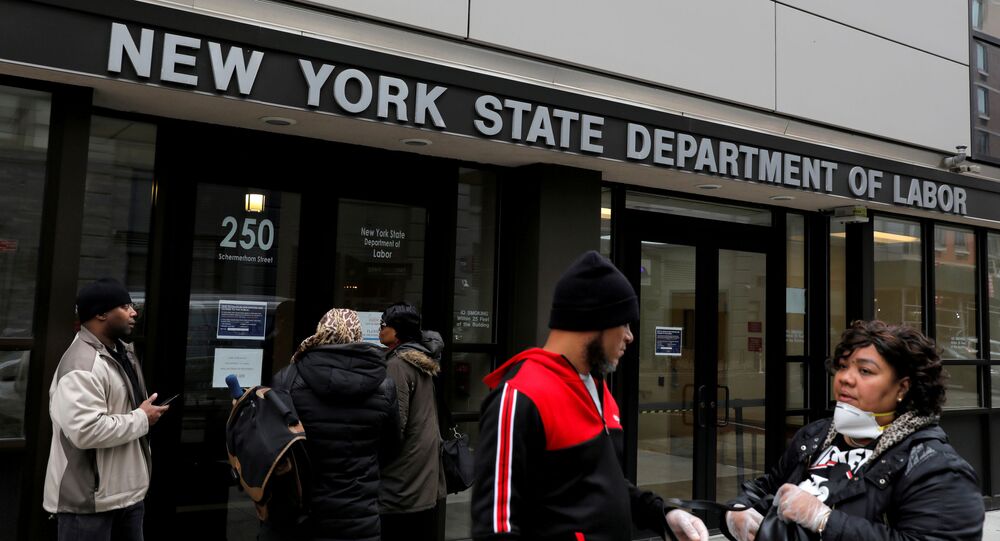 WASHINGTON (Sputnik) - More than 5.2 million Americans filed unemployment claims in the past week as much of the country's economy remains shuttered due to the coronavirus pandemic, the US Labor Department said in its weekly jobs report on Thursday.

The latest claims put the advanced seasonally adjusted insured unemployment rate at 8.2 percent for the week ending April 4, or 3.1 percent more than the week before, the report said.

The highest unemployment rates for the week ending March 28 were recorded in the US states of Rhode Island (11.9 percent), Pennsylvania (9.8 percent) and Washington (9.3 percent), the report said.

© REUTERS / MARCO BELLO
JPMorgan Forecasts US Unemployment Reaching 20%, 25 Million Jobs Lost
The latest figures bring the total number of individuals in the United States who have lost their jobs in the past month to a record 22 million, a level of job losses not seen since the Great Depression.

The World Health Organisation declared the COVID-19 outbreak a pandemic on 11 March. To date, more than 2 million people have been infected with the coronavirus worldwide, with over 133,000 fatalities, according to the same university.