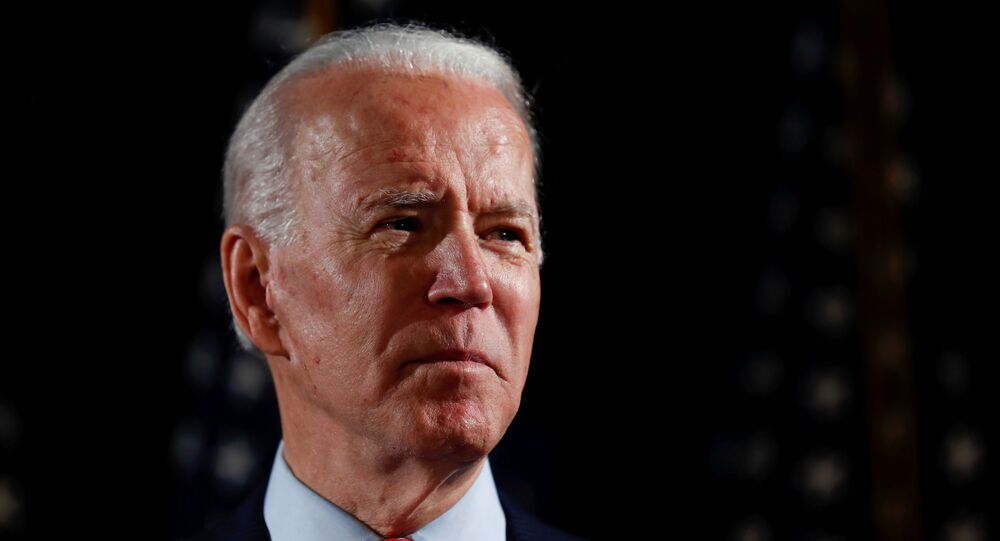 Just as the US Democratic primaries were winding down, a Joe Biden accuser kicked in making sexual abuse claims, strictly denied by the candidate’s office. However, per congresswoman Alexandria Ocasio-Cortez, silencing these is equal to “gaslighting".

Alexandria Ocasio-Cortez, a 30-year-old first-term congresswoman from New York City with a massive left-wing following, said that it is “legitimate” to discuss an allegation of sexual assault against Joe Biden.

She emphatically expressed her concerns when asked about the allegation during an online event with the Wing, a women’s networking organisation.

A questioner said she opposed Donald Trump but “really resents the fact that the other choice is someone who has a really long history of being creepy to women”, in an apparent reference to the accusation against Biden by his former staffer Tara Reade, who claimed last month Biden took her by force “against the wall” back in 1993. The Biden presidential campaign has denied the claim.

“What you’re voicing is so legitimate and real. That’s why I find this kind of silencing of all dissent to be a form of gaslighting", Ocasio-Cortez, who has backed Democratic “socialist” Bernie Sanders throughout his campaign, replied supporting the questioner’s view.

“I think it’s legitimate to talk about these things. And if we again want to have integrity, you can’t say, you know, both believe women, support all of this until it inconveniences you", she commented unambiguously.

According to Quardricos Driskell, a federal lobbyist and professor of politics with the George Washington University Graduate School of Political Management, this “split” over the Joe Biden sexual assault claim "continues from the frustration that elite members within the Democratic National Committee continuously sought ways to weaken Bernie Sanders and his campaign" - something that the analyst says was in media for many months.

As Driskell put it, Rep. Alexandria Ocasio-Cortez is "the vocal minority who represents those ‘disenfranchised’ Sanders’ supporters." The fact that "many of the women on the shortlist for consideration to be the former Vice President’s running mate have been largely silent on the allegation", the academic believes, indicates a call to unite and rally support for Joe Biden, to ensure turnover among all Democratic demographics are strong in November.

Reade’s first allegation dates back to last year, when she was part of a group of women who claimed that Mr Biden, 77, had behaved inappropriately towards them. She claimed at the time that he had put his hands on her shoulders and rubbed his fingers on her neck, when she was part of his team while he was the senior senator for Delaware. In March, Reade made the bolder claim, saying she had “wanted to share the whole thing” when she first criticised Mr Biden’s conduct last year, but “at the same time I was too scared. I just wasn’t quite ready".

“He greeted me, he remembered my name, and then we were alone. It was the strangest thing", Ms Reade recounted, adding: “There was no, like, exchange really. He just had me up against the wall",

She then alleged that afterwards Biden dropped that “you’re nothing to me".

Kate Bedingfield, Mr Biden’s communications director, opposed the claims straight away, inviting journalists to verify them: “Women have a right to tell their story, and reporters have an obligation to rigorously vet those claims. We encourage them to do so, because these accusations are false", she said.

The campaign also released a statement from Marianne Baker, an executive assistant to Mr Biden from 1982 to 2000, who said: “In all my years working for Senator Biden, I never once witnessed, or heard of, or received, any reports of inappropriate conduct, period. Not from Ms Reade, not from anyone".

Separately, Biden’s supporters have pointed out that Reade had been a passionate supporter of Bernie Sanders’s presidential campaign, who opposed “imperialism” and “xenophobia” towards Russia in her 2018 blogpost.

Sanders has meanwhile thrown his weight behind Biden’s campaign after quitting the race, saying that it would be “irresponsible” for his most ardent supporters not to vote for the former vice president in November. Left-wingers who “sit on their hands” would enable Mr Trump’s re-election, he warned.

“Do we be as active as we can in electing Joe Biden and doing everything we can to move Joe in a more progressive direction? Or do we sit it out and allow the most dangerous president in modern American history to get re-elected?” Sanders outlined his electorate’s choice.

Meanwhile, Briahna Joy Gray, his campaign’s press secretary, said she does not endorse Biden, despite having much respect for Sanders and his position.

Biden has been portrayed as the presumptive nominee, since having been formally endorsed by Sanders on Monday and by Barack Obama on Tuesday. On Wednesday,  Elizabeth Warren, another left-leaning former rival for the nomination, threw her weight behind the former vice president, lauding him as one who “knows that a government run with integrity, competence and heart will save lives and save livelihoods”.