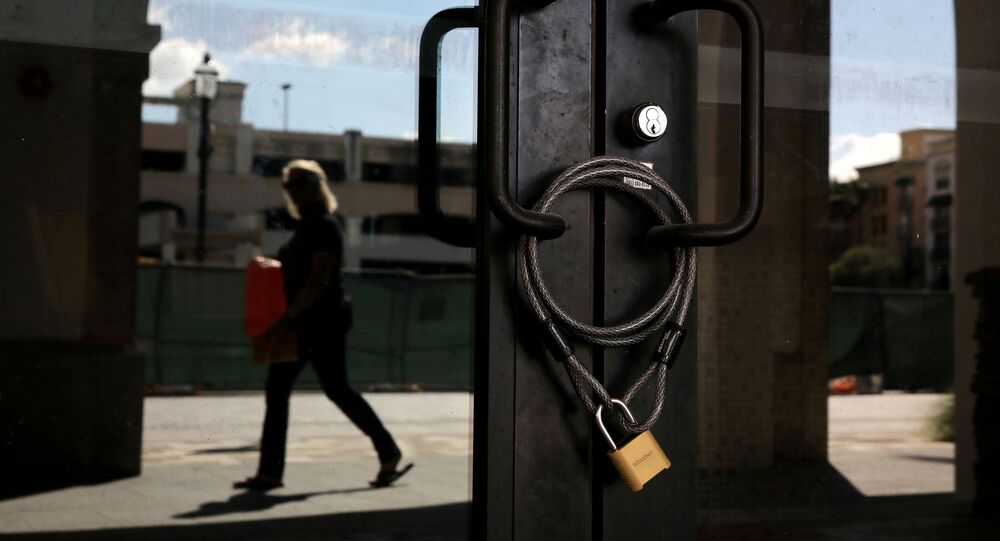 US Ready to Go Back to Work, Kudlow Believes, Says Trump to Make Announcement Soon

Previously, Trump said he will have the final say on reopening American states for business, adding that a decision on the matter will be "made shortly".

The head of the US National Economic Council, Larry Kudlow, has stated that in his opinion, the country is ready to go back to work, adding that there is no reason to believe that the American economy can't be reignited once the coronavirus pandemic is over. The official opined that the US economy will show "great numbers" at the end of the year despite the coronavirus pandemic.

He added that the Trump administration is also seeking the speediest restoration of normal business processes in the country, but not at the expense of people's safety. Kudlow further said that President Donald Trump would make an announcement on the matter in a day or two.

"In the next few days, he will be making some very important announcements regarding those [social-distancing] guidelines. We want to get folks back to work. We want to do it as quickly as possible. It has to be safe. It has to be driven by the data from our health specialists", Kudlow stated.

Kudlow's statement comes a day after President Donald Trump announced that he, not state governors, will have the final say on reopening the US economy. He further added that key decisions on this issue will be "made shortly". POTUS previously pushed for businesses to reopen by Easter, insisting that the American economy was not made to be put on halt.

The chief of the National Economic Council separately noted that POTUS is continuing to engage with China in these troubled times and that his relations with President Xi Jinping remain positive.

© REUTERS / JOSHUA ROBERTS
Trump Vows to Have a 'Good Look' at 'Very China Centric' WHO as US Tops 9,500 COVID-19 Deaths

This comes as US officials and the media have accused China of spreading "fake news" about the coronavirus pandemic and slammed the Chinese Foreign Ministry spokesman's allegations that the virus had possibly been brought to the country by the American military.