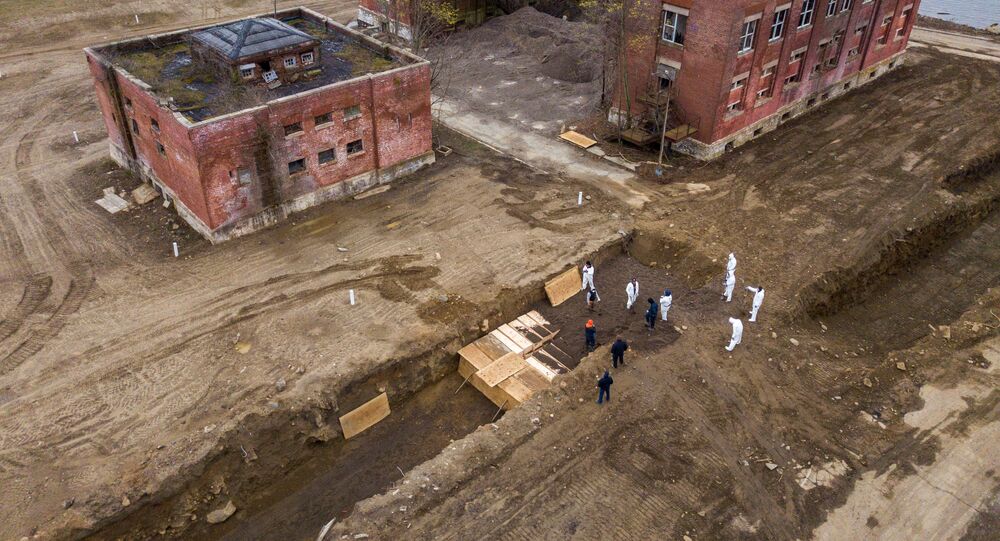 NEW YORK (Sputnik) - New York City Mayor Bill de Blasio confirmed on Friday that residents who did not have someone to make burial arrangements or claim their body, including deceased persons infected with the novel coronavirus (COVID-19), are being buried in mass graves on Hart Island in the Bronx borough.

“Because there have just been unfortunately more people passing away, including those who are not claimed by any family, that's what has been happening at Hart Island,” de Blasio confirmed.

The mayor added, "These are people who no one, after a period of time, has claimed them, and not just COVID-19 victims, they are victims of all diseases, all reasons for a fatality, and they are being buried."

In recent weeks, the Hart Island Project non-governmental organization, which seeks to provide information and access to the public cemeteries on the island, published drone video footage showing the digging of mass graves.

New photos published on Thursday appear to show at least 40 caskets being buried in a single mass grave.

De Blasio emphasized that New York City is taking the time to provide every measure of respect and dignity for those buried on Hart Island, adding that if at any point a family or a friend comes to claim a decedent, the casket will be exhumed and returned.

Burglaries in New York City Spike by 75% Amid Coronavirus Outbreak