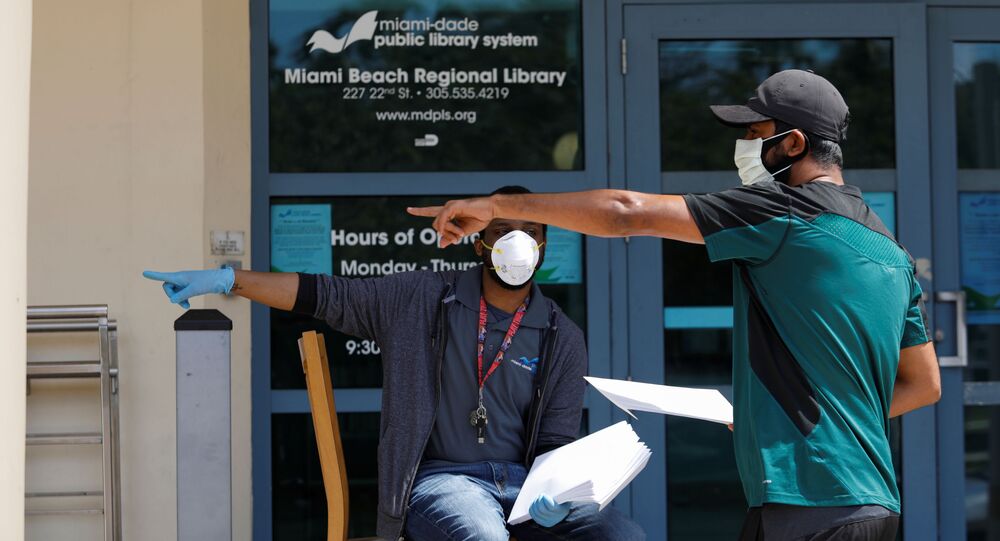 As the COVID-19 novel coronavirus continues to impede the American workforce, economists now predict the US’ response to the pandemic will lead to a 20% unemployment rate and a historic 40% plunge in the gross domestic product (GDP) for the second quarter of the year.

JPMorgan economists on Thursday issued a revision to their previous forecast regarding US economic growth in the second quarter.

“With these data in hand we think the April jobs report could indicate about 25 million jobs lost since the March survey week, and an unemployment rate around 20%,” they wrote in a research note, as reported by CNBC. “Given the expected hit to hours worked this quarter we now look for -40.0% annualized real GDP growth in 2Q.”

Just a couple weeks prior to this, JPMorgan estimated the GDP loss for the second quarter would settle around 25%.

The economists’ research note explained that “over the last few weeks forecasters have been operating in a fog. Economic models that have been trained on post-war data face obvious limitations. In their place we have reverted to differing ways to address the outlook.”

According to the experts, the revision was carried out due to the recent filing of some 16.8 million unemployment benefit claims in only three weeks.

“With these data in hand we think the April jobs report could indicate about 25 million jobs lost since the March survey week, and an unemployment rate around 20%,” they noted.

US President Donald Trump took to Twitter Friday morning to boast about the stock market’s climb while dealing with the so-called “invisible enemy.”

This week, in only 4 days, we had the biggest Stock Market increase since 1974. We have a great chance for the really big bounce when the Invisible Enemy is gone!

However, it’s very clear stock market growth does not necessarily correlate to the economic health of a country’s population.

The National Association for Business Economics (NABE) also touched on the “rapidly changing economic conditions” in an April 10 news release, estimating that some 4.5 million US jobs will be lost in the next three months.

While the economic downturn is sure to worsen over the next several weeks, economists with JPMorgan and industry forecasters cited by the NABE agree that the economy will be able to recover in the latter portion of the year due to the federal government’s intervention.

“Despite a sharp deterioration in labor market conditions, the median forecast suggests conditions will improve by the end of the year, with support from aggressive fiscal and monetary stimulus, as panelists expect the Federal Reserve to hold steady on near-zero interest rates through 2021,” NABE President Constance Hunter said in the report.

JPMorgan forecasts that US GDP will experience a 23% surge in the year’s third quarter and continue this upward trend with around 13% growth in the fourth quarter.