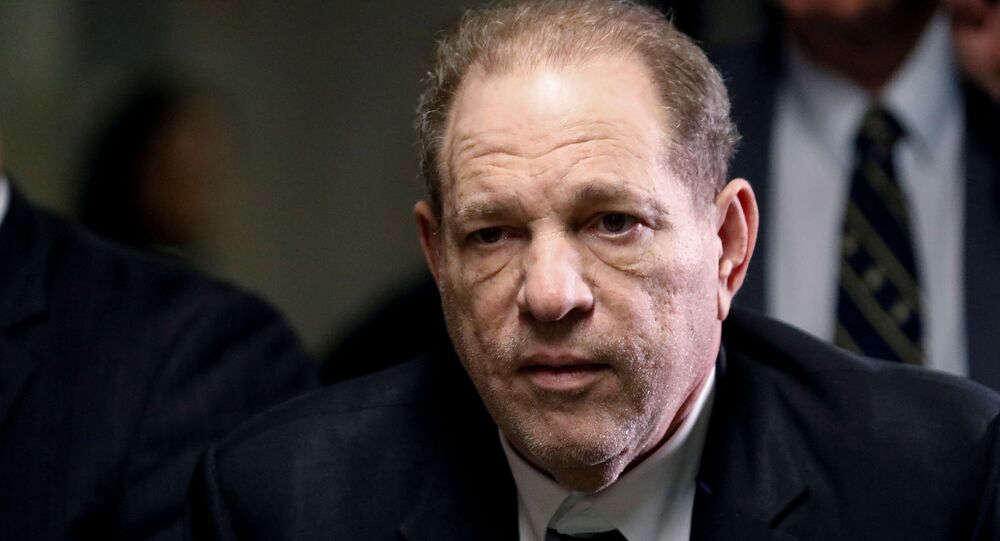 It was reported in mid-March that discarded Hollywood producer Harvey Weinstein, who is now serving a 23-year sentence at the Wende Correctional Facility after being charged with sexual assault and rape, has contracted coronavirus and had been placed in self-isolation.

Harvey Weinstein, a former Hollywood producer and a convicted rapist, has survived COVID-19 and was released from two weeks of quarantine, the Daily Mail reported, citing a source familiar with the matter.

“We lost contact with him and were unable to get in touch with him after he tested positive because he was placed in isolation and under quarantine,” the anonymous source said. “He had a fever and cough.”

© AFP 2020 / TIMOTHY A. CLARY
In this file photo taken on February 24, 2020 Harvey Weinstein arrives at the Manhattan Criminal Court, in New York City.

“The man is in poor health, normally speaking, and has multiple pre-existing conditions. Honestly, I was very concerned. I can't believe he made it through this. I was definitely thinking this would be the end of him,” the source continued.

The news about Weinstein’s recovery has been confirmed by his spokesman Juda Engelmayer, who said that the former producer has no symptoms now; he was released from medical isolation and “deemed alright”, Fox News reported.

On 11 March, Weinstein was convicted of third-degree rape and first-degree sexual assault and is now serving a 23-sentence at Wende Correctional Facility, where he was placed temporary until further evaluation about which prison facility would meet his health needs.

The 68-year-old has long been suffering from severe health conditions, including high blood pressure, diabetes, heart issues and problems with his spine. He was moved to the Regional Medical Unit at the facility following reports that he has tested positive for coronavirus, which he could have earlier contracted in Rikers Island, New York City's jail complex.