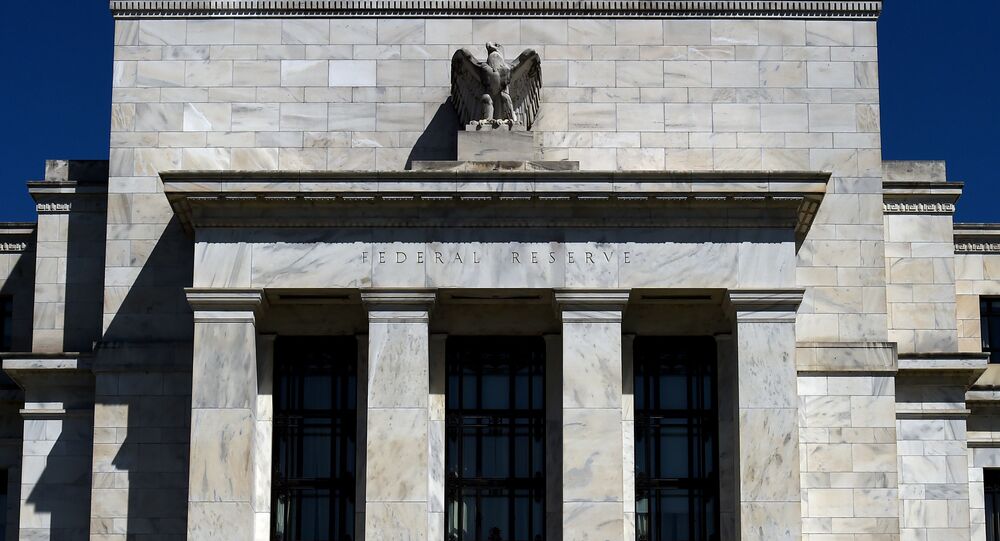 WASHINGTON (Sputnik) - The US economy is expected to rebound fairly quickly in the second half of the year from the impact of the current business shutdown for the coronavirus (COVID-19) pandemic, Federal Reserve Chairman Jerome Powell said on Thursday.

"When the virus does run its course and it's safe to go back to work and safe for business to open, then we would expect there to be a fairly quick rebound as people do go back to work and start resuming normal levels of economic activity," Powell told a video conference hosted by the Brookings Institution think tank. "I think most people expect that to happen in the second half of this year after the second quarter which, of course, again is on June 30."

Powell, however, said it was difficult for him to give a precise date.

"To be precise about when that would be, I don't think that would be appropriate to say. I will just say that it does depend on people staying home staying healthy and doing everything we can to get the virus under control. The more we do that, the sooner it will be safer to go back to work."

Treasury Secretary Steven Mnuchin told CNBC earlier on Thursday that parts of the economy could reopen by May, as soon as President Donald Trump felt comfortable with the medical issues at hand.

Powell also said the Federal Reserve will be in no rush to withdraw its fiscal support for the economy until the rebound was fully in place.

"We’ll be in no hurry to pull back on our asset purchases or on these programs. These are tentatively scheduled to stop lending on September 30th. If they have to go longer than that, of course, they will. So, I think the thing we’ll be looking for is to make sure that the economy really is on a solid footing before we start pulling back," Powell said.

For example on this, he referred to the last quantitative easing done by the central bank six years ago.

"As you know, when we start pulling back we do so very gradually. If you think about the way we ended quantitative easing back in 2013-14, we did it over the course of a full year. You can fully appreciate and expect that we will follow that playbook of well-telegraphed advanced gradual moves and we won't start them until it's time to do so, which would be a time at which we are confident that the economy is on a solid footing again."

As of Thursday morning, the United States has recorded more than 432,000 coronavirus cases with over 14,800 deaths.