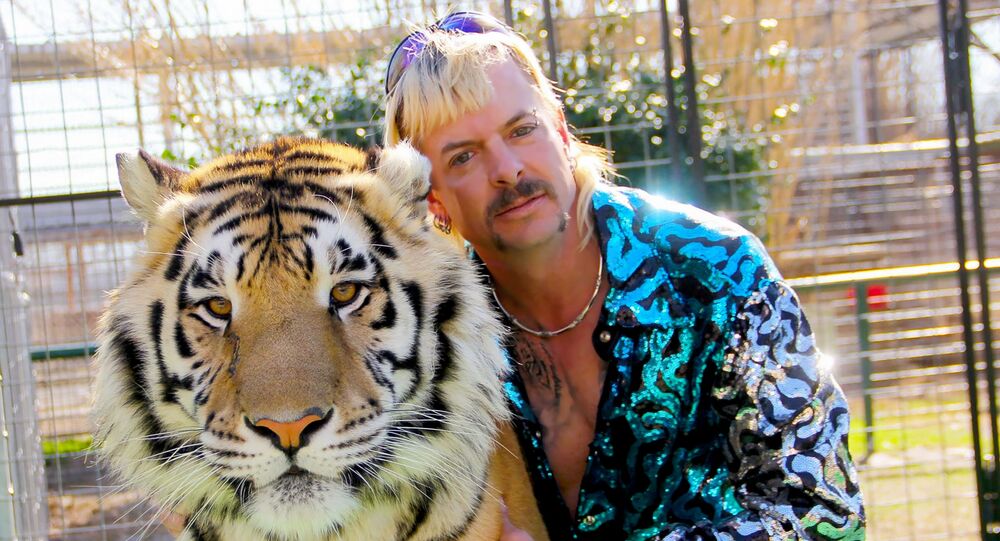 Joe ‘Exotic’ Maldonado Passage, the convicted zoo owner at the centre of Netflix’s breakout series ‘Tiger King’, is suing the government for $94 million and calling for presidential pardon. Donald Trump’s son has jokingly supported the idea.

US President Donald Trump said he will consider pardoning Joe Exotic, the tiger enthusiast serving a prison term for a murder-for-hire plot and wildlife charges.

“I’ll take a look” into a request for pardon, Trump told reporters at the White House on Wednesday.

Joe Exotic (real name: Joseph Maldonado Passage), had owned and run a popular exotic animal park in Oklahoma. He was sentenced in January to 22 years in prison: 18 years for orchestrating a plot to assassinate an animal rights activist who threatened to shut down his zoo and another four years for killing five tigers, selling tiger cubs, and falsifying wildlife records.

The 57-year-old tiger breeder, who ran for president as an independent in 2016, maintained his innocence and filed a $94-million lawsuit against the federal government for loss of personal property, false arrest and imprisonment. He has also issued a call for pardon.

His story drew nationwide attention after the release of ‘Tiger Star’, a hit Netflix docu-series that attracted over 34 million visitors in the first ten days since its release on 20 March.

Speaking on the radio this week, Donald Trump Jr. suggested that the sentence was “sort of aggressive” and joked that the disgraced zookeeper should be pardoned “just for the meme.”