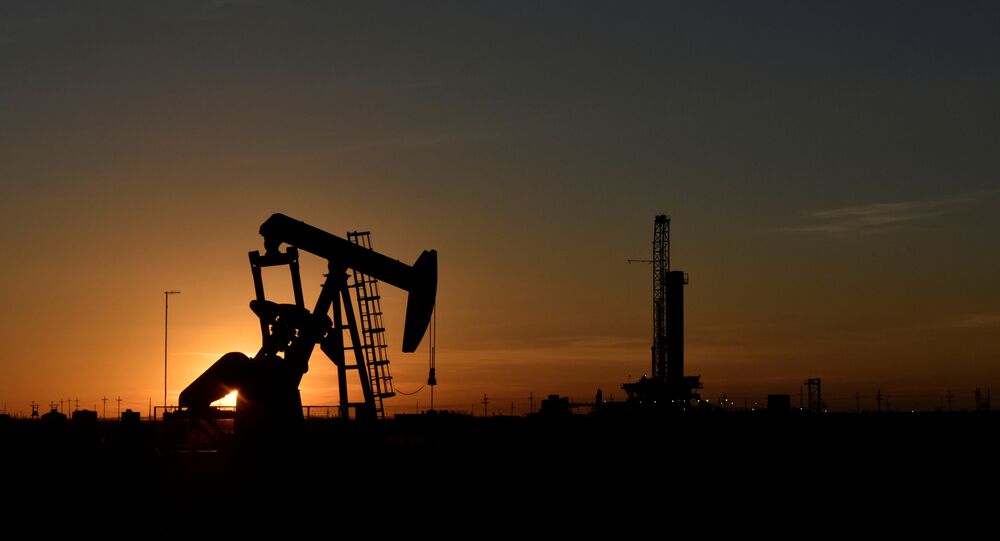 OPEC+ is set to hold a meeting on 9 April to discuss the possibility of reducing oil production in order to stabilise the market.

The United States will cut its oil production by at least four million barrels per day (bpd) over the next three months, Texas Railroad Commissioner Ryan Sitton said in a statement on Wednesday.

"I'm not participating in the OPEC+ call [tomorrow], but if I were I'd say at least 20m bpd in cuts are needed", Sitton said via Twitter.

I'm not participating in the OPEC+ call tmrw but if I were I'd say at least 20mbpd in cuts are needed & the US will cut at least 4mbpd in next 3 mos organically. If nothing is done inventories fill up in 2mos, at which point the world will need to cut as much as 30mbpd. #OOTT

The Texas Railroad Commission supervises the oil and gas industry, gas utilities, as well as surface uranium and coal mining.

© AP Photo / Ronald Zak
Iran Won’t Agree to OPEC+ Meeting Unless Outcome Is Known - Report
A day earlier, the US Energy Information Agency (EIA) said in a report that the United States based its latest oil price estimates on the assumption that the OPEC+ production agreement will not be implemented. In the report, the EIA estimated that Brent crude oil prices will average $33 per barrel in 2020, $10 per barrel lower than in last month’s outlook. April’s forecast, the report added, is subject to the heightened levels of uncertainty due to the coronavirus outbreak.

In early March, the OPEC+ member states' discussions on the matter failed as the participants did not reach a consensus on either Russia's proposal to simply extend the OPEC + deal to make a more balanced decision later or on the idea of Saudi Arabia deepening production cuts by 1.5 million barrels per day. As a result, restrictions on crude production have been lifted since 1 April. Together with the impact of the COVID-19 pandemic, it has led to a significant drop in crude prices over the past several weeks.