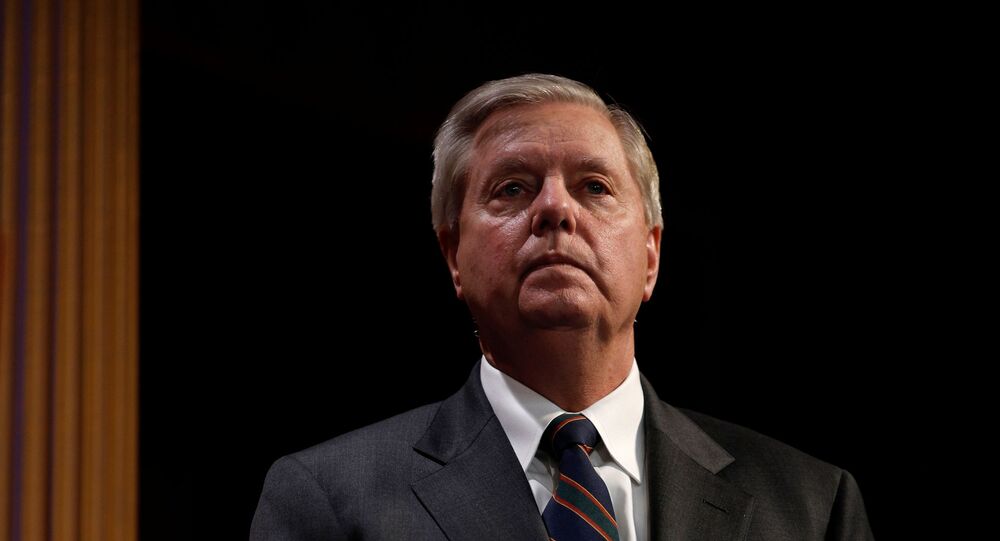 'There Is Not Going to Be Any Money': Sen. Graham Vows to Cut WHO Funding, Trump Mulling Possibility

The statement comes after the Trump administration has repeatedly accused WHO of a pro-China bias and has demanded a change in leadership.

Republican Senator Lindsey Graham pledged to make sure the funding for the World Health Organization (WHO) is cut from Congress's next appropriations bill. He said he would "take the burden off the president" to apparently use his leverage as the chairman of the Senate Appropriations subcommittee to ensure that the global health agency no longer receives cash from the US.

He said he does not think "they’re a good investment under the current leadership for the United States", stating that until "they change their behavior and get new leadership, it’s in America’s best interest to withhold funding because they have failed miserably when it comes to the coronavirus."

Lindsey Graham says he’s going to take the burden off the President and use his position on the appropriations subcommittee to eliminate any money for the WHO in the next appropriations bill pic.twitter.com/PnxLmcWaYG

​Graham's comments arrived after Trump said during a coronavirus task force press briefing that "we're going to look at it" when asked about the possibility of withholding cash from WHO. The Trump administration has been repeatedly blamed the organization for being "very biased towards China", and has slammed Beijing for "concealment of data" and "massive coverups" amid the novel coronavirus pandemic. Amid the blame, Republican lawmakers are demanding that WHO changes its leadership.

Speaking with @marthamaccallum tonight at 7:30 pm on Fox News Channel.

If it were up to me the whole world would send China a bill for the #CoronavirusPandemic.

​China's Ministry of Foreign Affairs denied wrongdoing, slamming "shameless efforts" to play the "blame game" and becoming one of the first countries to step out of the coronavirus-caused crisis with claims of over 90 percent of patients recovered from the disease.

Globally, the number of confirmed cases has surpassed 1,400,000, with over 390,000 in the United States, according to Johns Hopkins University Resource Centre data.

‘We’re Going to Look at It’: Trump Eyes Cutting Funds to WHO Over So-Called China ‘Bias’