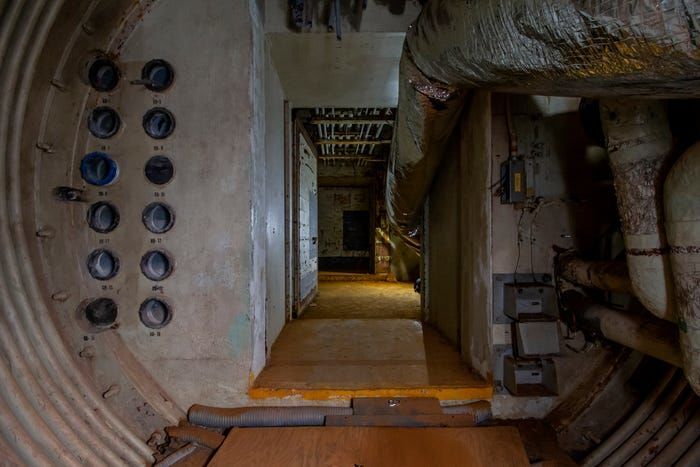 Across the US are dozens of abandoned nuclear missile silos housing deep networks of underground bunkers. For buyers with the cash, these safe retreats are hot real estate items, and two more recently went on sale in Arizona for a half-million dollars each.

“Amazing and mysterious opportunities await the daring buyer” - that’s how a listing on real estate site Zillow describes a nuclear missile silo in Benson, Arizona, for sale for $475,000. Another sold last month for $500,000.

Abandoned decades ago, the two missile complexes were recently put up for sale by an Arizona realtor. If you’ve got half a million dollars to spend, these properties offer not only acres of above-ground real estate, but also an underground living space far removed from the problems above.

Business Insider recently published photos of the interiors and exteriors of the two silos, showing “panoramic views of the Catalina Mountains” but also a spooky world of concrete, rusting steel, and enough panels of dials to make a James Bond villain blush.

The outlet noted that at least one of the sites is actually connected to the municipal water system in the nearby town of Oracle, “which should make whatever renovations the future owner has planned easier.”

The two missile complexes near Tucson, Arizona, once housed Titan II intercontinental ballistic missiles (ICBMs). These fearsome weapons served as the bulk of Washington’s nuclear deterrent, standing ready to carry nuclear warheads at a moment’s notice halfway around the globe.

As a result, US Air Force crews lived and worked in immediate proximity to these silos, which were designed to withstand a direct hit from an enemy’s nuclear weapon. There were 18 such sites housing Titan II missiles in Arizona, and more than 50 nationwide. The weapons were retired in the 1980s, but the rockets found new life as powerful space launch vehicles in the service of NASA, the US space agency.

The Zillow listing describes the complex as “a time capsule - wrapped up and closed since 2016 to prevent vandals and curious explorers.”

Real estate agent Grant Hampton of Realty Executives told USA Today in January, when the silos first went on sale, that just a week into bidding he had already received several offers. He further noted that other silos he had recently sold also went very quickly, and for similar prices.

However, if you don’t want to shell out the dough, you could always visit the Titan Missile Museum in nearby Green Valley. Not only can you see what the silos looked like in their prime, but it even has one of the few remaining Titan II ICBMs on display.