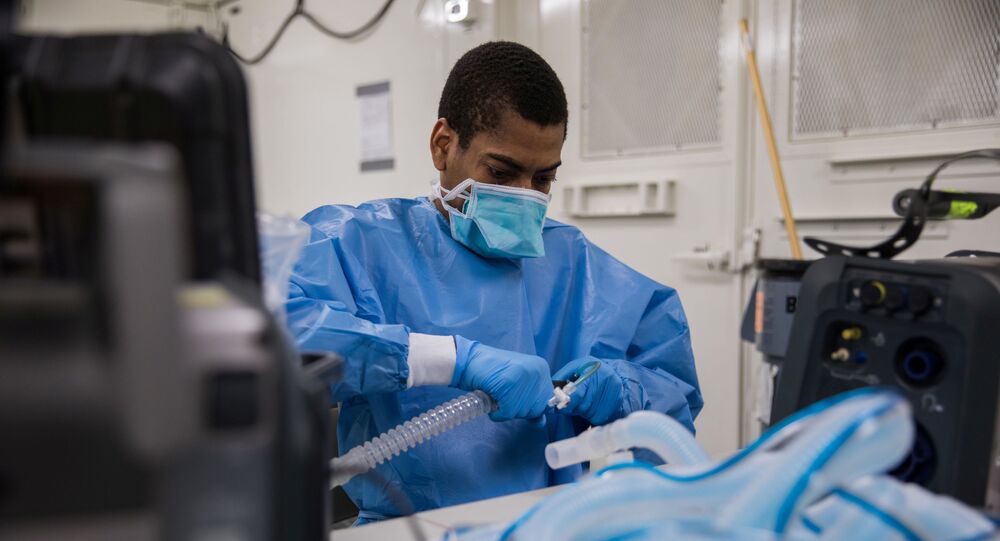 US Seizes Ventilators Bought for Barbados Amid COVID-19 Pandemic - Reports

Earlier, media in Canada, France and Germany reported that the US was withholding medical supplies intended for other countries, as the White House has denied the allegations.

The Trump administration has reportedly seized 20 ventilators that were sent to Barbados by pop star and native daughter Rihanna, the Caribbean island nation’s top health official told local media on Sunday. The island nation's Minister of Health and Wellness, Jeffrey Bostic, said that his office is currently investigating how it happened, Barbados Today news outlet reported.

"They were seized in the United States. Paid for, but seized, so we are trying to see exactly what is going to transpire there,” Bostic said. “But I remind you that ventilators are one of the most in-demand items in the world today and Barbados is merely wrestling with the other 203 countries and territories around the world seeking to secure as many of these pieces of equipment as possible."

Bostic noted that currently Barbados is not experiencing a shortage of ventilators, but this could change as the coronavirus impact on the country is set to worsen. Currently, the number of confirmed cases in Barbados is 60, according to Johns Hopkins University data.

This comes amid multiple reports from countries that the US has seized medical equipment intended for other nations. Canadian officials told a local news outlet that a large shipment of medical masks had been held up by US officials, adding that the two nations were currently negotiating the situation.

German newspaper Der Tagesspiegel reported that protective masks meant for German police officers were "intercepted" by the US, while French officials have said that a shipment of masks from China ordered by France had been snatched by the Trump administration. The White House has denied any wrongdoing and has refuted the allegations.

The reports come as the US has experienced a shortage of necessary medical equipment amid the pandemic. There are over 368,000 confirmed cases in the country, according to Johns Hopkins University data.

BREAKING: House Overisght Committee reports that FEMA officials told them this week that only 9,500 ventilators are in the national stockpile and only 3,200 more will be there by April 13.

Bulk of 100K ventilators promised by Trump won't be there until June. pic.twitter.com/760qjehg6K