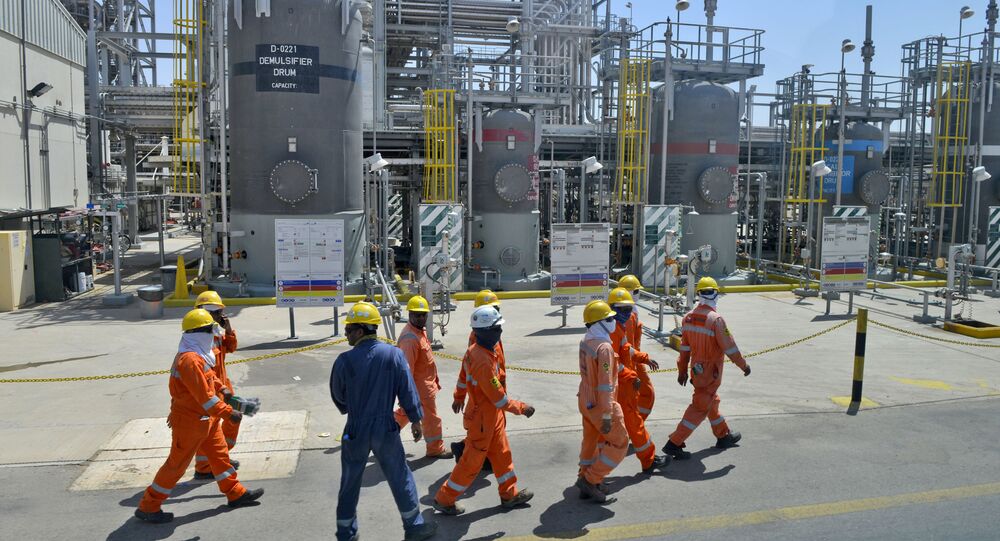 Global oil prices suffered a sharp decline as a result of the collapse of the OPEC+ deal after its members failed to negotiate the extension of production cuts. US President Donald Trump claimed that the deal was not prolonged due to Russia and Saudi Arabia entering into a price war.

Canada's oil-rich province of Alberta is negotiating with the US on the possibility of introducing North America-wide tariffs on Russian and Saudi oil unless the two states strike a new OPEC+ deal soon, the province's Premier Jason Kenney revealed in an interview with the Financial Times.

"OPEC+ started this fire and they have to put it out. We’re not going to surrender our industry and we’re prepared to go the distance here", Kenney said.

Kenney also shared that his province will actually be participating in the upcoming OPEC+ online conference and might even take part in production cut initiatives with it.

While being independent on the issue of oil output, Alberta would still require approval from the Canadian federal government to enact continent-wide tariffs with the US.

The US Department of Energy confirmed that the country was preliminarily discussing an option to introduce such economic measures, but no decision has been made yet. US President Donald Trump previously stated that tariffs against Russia and the American Middle East ally, Saudi Arabia, are "one tool in the tool box", which he might use if they don't drop production by 15 million barrels a day.

Trump also said he held talks with Russian President Vladimir Putin and Saudi Crown Prince Mohammed Bin Salman on the issue of oil prices and suggested that both "love their countries" and "want to make a deal".

Oil prices dropped to levels of around $20 per barrel in March after global consumption had fallen due to anti-coronavirus measures and OPEC+ members' failure to extend production cuts. Russia, one of the major parties to the deal, said it was never against extending it but suggested that Riyadh wanted to pressure shale oil producers with cheaper oil. Saudi Arabia has denied having such intentions.

The spokesman to the Russian president warned that a further increase in crude production could drive prices to a minimum as oil companies struggle to sell or store the excessive oil. He noted that some of them have already started to use tankers as floating containers for the oil that these companies can't sell.