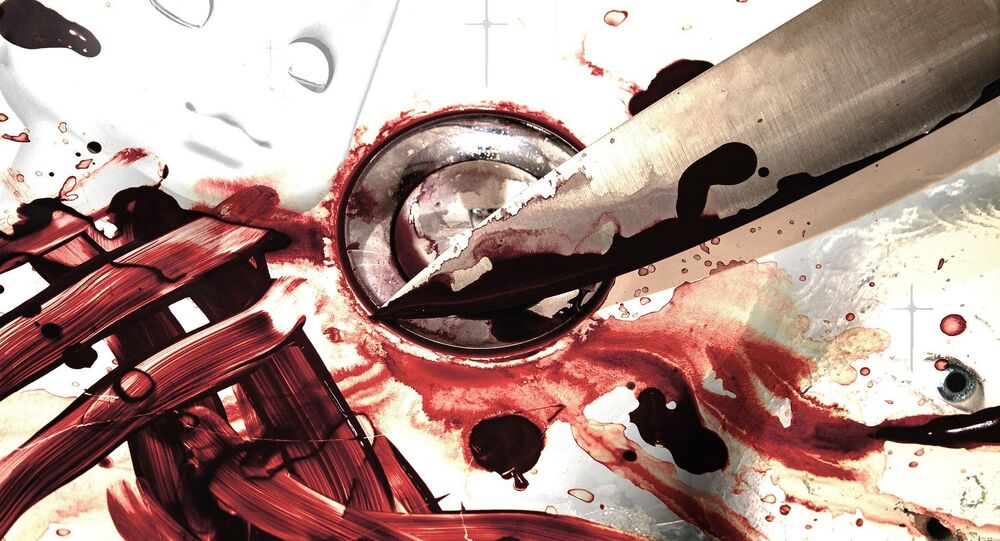 The 19-year-old daughter of boxing star Floyd Mayweather claimed that she had never met the alleged victim before and that the latter had incited her to do it.

The daughter of boxer Floyd Mayweather, Iyanna, has been charged with felony aggravated assault with a deadly weapon after she stabbed another person with a knife, TMZ reported on Saturday.

Iyanna was arrested at around 1:30 am local time and brought to Houston's Harris County Jail after the incident, which took place at the home of rapper NBA Youngboy.

According to the outlet, the alleged victim, Lapattra Lashai Jacobs and the singer were at his place when Iyanna arrived and said that she was Youngboy's fiancee and that the woman should leave the house.

The quarrel then moved to the kitchen, where Iyanna took two knives. According to the outlet, Jacobs stepped towards Iyanna and the latter charged at her with one of the knives.

© REUTERS / YURI GRIPAS
SNL Host Draws Twitter Flack After Joke About Senators 'Stabbing' Trump to 'Death' Like Caesar
When police arrived, they saw Jacobs lying on the floor; she was then taken to hospital. While talking to police, the reported victim said that she didn't feel the first strike, but then Iyanna charged at her with the second knife.

At the same time, upon arrival, the police handcuffed Youngboy as a precautionary measure, but released him shortly afterwards.

Iyanna claims that she had never met Jacobs before and that the latter had incited her by initially pulling her hair outside the house.