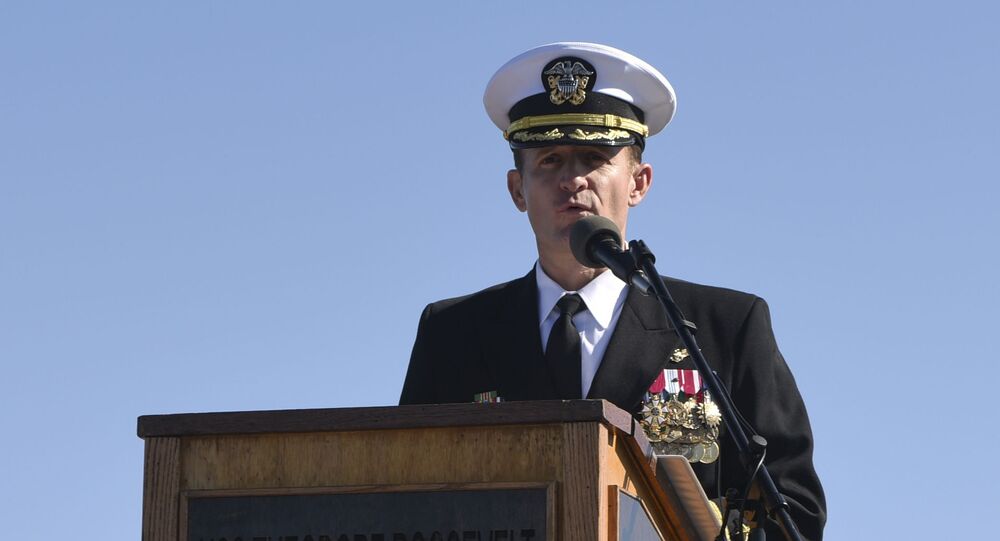 WASHINGTON (Sputnik) - US President Donald Trump says he supports the decision to remove US aircraft carrier Theodore Roosevelt Captain Brett Crozier over the captain’s inappropriate email regarding the COVID-19 outbreak.

According to the president, the captain wrote a "5-page letter" that was "all over the place".

"They made their decision, I didn’t make the decision, the Secretary of Defence was involved and a lot of people were involved. I thought it was terrible what he did, to write a letter? This isn’t a class of literature", Trump told reporters.

"I thought it was inappropriate for the captain of a ship … I agree with their decision 100 percent", Trump said.

US Congressmen Ted Lieu and Ruben Gallego on Friday wrote a letter to Defence Department Inspector General Glenn Fine urging him to open an investigation into the removal of Captain Brett Crozier.

About 114 sailors on US aircraft carrier Theodore Roosevelt have tested positive for the novel coronavirus and more COVID-19 cases are expected, according to Modly.